Plug-in hybrid power is at the core of Volkswagen’s 118 mpg, 155-mph Sport CoupŽ Concept GTE. The car is aimed at upwardly mobile buyers who seek performance and environmental responsibility, and have the means to pay for it. The “Grand Touring Electric” is a dramatically-styled fastback concept that uses a turbocharged 3.0-liter V6 engine making 295 horsepower and 369 pound-feet of torque. A lithium-ion battery powers two electric motors: a 54-horsepower front motor is incorporated in the six-speed automatic transmission; the rear electric motor adds 114 horsepower for the rear wheels. The combined output is 374 horsepower, which is good for a zero-to-100-km-h time (62-mph) of 5.0 seconds, according to Volvo. It can also be driven on electricity for about 32 miles. 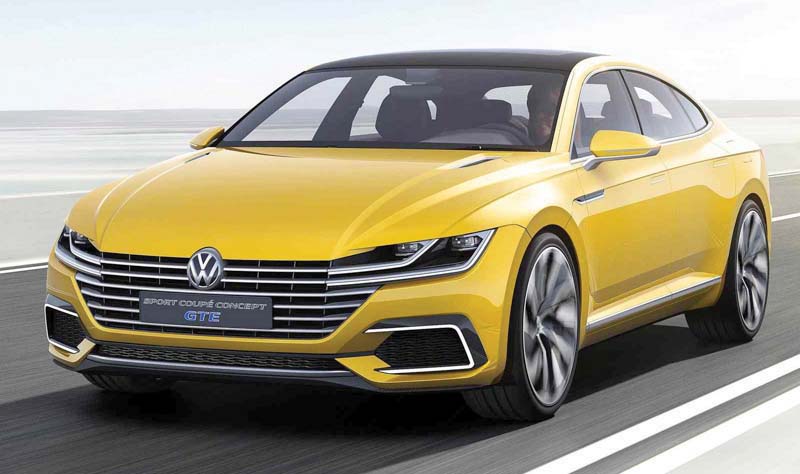 Technology is normally the domain of premium cars because buyers in this league can afford it. Hybrid/electric technology has therefore found a home in cars such as the Volvo Sport CoupŽ Concept GTE.