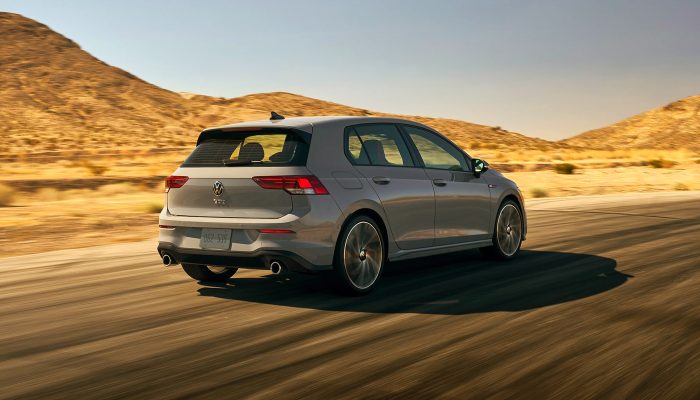 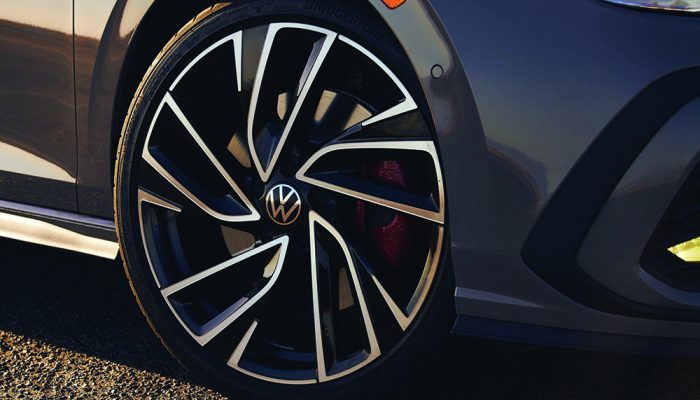 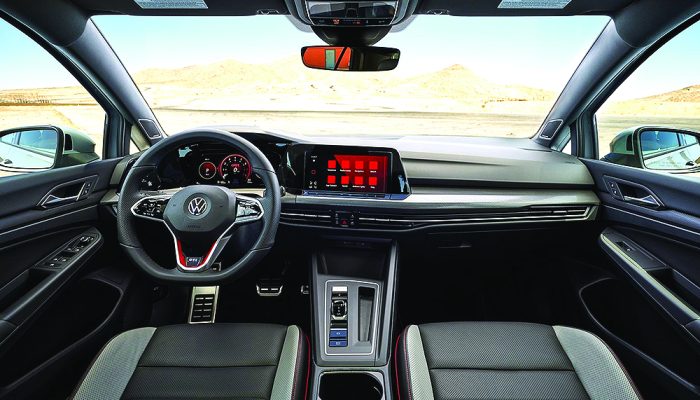 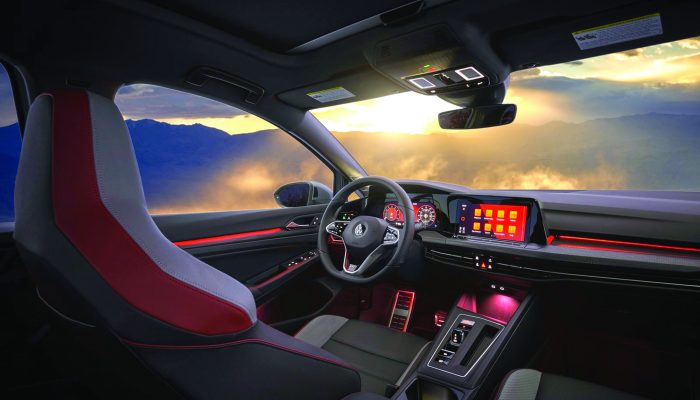 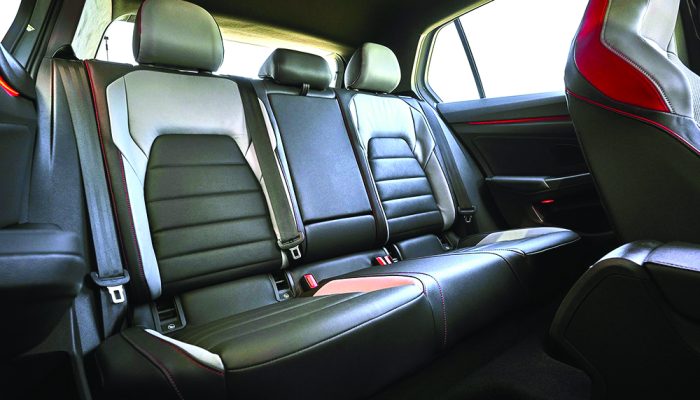 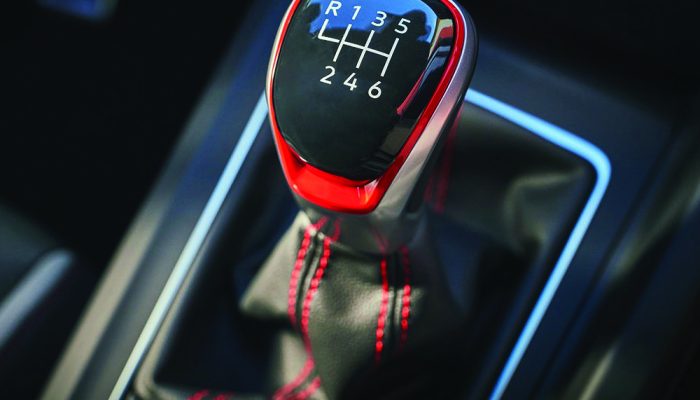 Since the mid-1970s, Volkswagen’s replacement for the iconic Beetle found its niche as an affordable little hatchback. Adding the Golf GTI with a stronger engine and a sporty interior for 1983 — called the Rabbit GTI in North America — began a series that existed through seven generations.
The eighth iteration of the front-wheel-drive GTI, along with the hardcore all-wheel-drive Golf R, have arrived here, but without the accompanying basic Golf models tagging along. It would seem that VW buyers in this bracket prefer the somewhat larger Jetta sedan or the new Taos utility vehicle.
For 2022, the Golf GTI receives a complete restyling, but that might only be noticed by sharp-eyed fans of the marque. The most obvious changes include the larger honeycomb grille with integrated fog lights, the hood has been reshaped and headlight pods that are narrower. The wider rear roof pillars and integrated roof spoiler give the GTI an elongated appearance despite the car being only 2.5 centimetres longer. The distance between the front and rear wheels is the same as before.
The GTI’s interior has a standard 10.25-inch digital gauge display with a large-sized tachometer directly in the driver’s line of sight. In place of control-panel switches are touch-sensitive buttons on the steering wheel.
An 8.25-inch infotainment screen is part of the redesigned dashboard that also gets the honeycomb-trim treatment.
Well-bolstered front bucket seats are of the sport variety, and their standard plaid-cloth inserts maintain a theme that began with the first-generation GTI. Stainless-steel pedal surfaces are also standard.

The GTI comes with a turbocharged 2.0-litre four-cylinder that puts out 241 horsepower and 273 pound-feet of torque. That’s a gain of 13 horsepower and 15 pound-feet over the previous model.
A six-speed manual transmission is standard. Optional is a seven-speed automatic with paddle shifters. It’s of the dual-clutch variety, which usually means very quick shifts and often improved fuel economy over conventional automatic-transmission designs.
Volkswagen claims the GTI will hit 60 mph (96 km/h) from rest in slightly more than six seconds.
Manual-transmission fuel economy is rated at 9.8 l/100 km in the city, 6.9 on the highway and 8.5 combined.
The R comes on strong with 315 horsepower and 295 pound-feet of torque, which is a nice little bump from 288/280. A zero-to-60 mph (96 km/h) time in the mid-4.0-second range is claimed. The R comes with a six-speed manual gearbox.
For 2022, the GTI’s suspension has been tweaked for improved comfort and cornering control. According to VW, the front springs have been stiffened by five per cent, and the rears by 15 per cent.
Base GTIs start at $33,250. They come with few options and lack active-safety technologies, such as adaptive cruise control, emergency braking, pedestrian/cyclist detection and lane-departure with lane-keeping assist.
The Autobahn trim adds navigation, fog lights, illuminated door handles and 18-inch wheels (17-inch wheels are standard).
The top-ranked Performance edition, which lists for $40,750, loads up with tri-zone climate control, premium heated seats with leather seat covers, power-adjustable driver’s chair, head-up display — which projects basic information onto the windshield — and 19-inch wheels with summer performance tires. A nine-speaker Harmon/Kardon-brand sound system is also included.
On the GTI’s option list is a panoramic power sunroof.
Volkswagen isn’t the only automaker to eliminate base-level hatchbacks. For 2022, the Hyundai Veloster is available only in the N performance trim, with a 275-horsepower turbocharged four-cylinder engine.
The hot-hatch crowd should be pleased that two of its all-time favourites live on, but anyone seeking more basic transportation are now forced to look elsewhere.

What you should know: 2022 Volkswagen Golf GTI

Type: Front-wheel-drive compact hatchback
Engine (h.p.): 2.0-litre I-4, turbocharged (241)
Transmissions: Six-speed manual, seven-speed automatic (opt.)
Market position: The Golf GTI has been outselling the base Golf — you read correctly — for the past few years, which is why only the GTI and the higher-performing R version are available in North America for 2022.
Points: Revised styling is a subtle-but-definite improvement. • New interior shows off configurable digital gauges and revised sport seats. • Stronger-running (slightly) turbo engine will be appreciated. • A number of active-safety technologies are standard, but some key ones are optional.
• For more grunt, the R version has 315 horsepower.
Active safety: Blind-spot warning with cross-traffic backup alert (std.); active cruise control (opt.); front and rear emergency braking (opt.); Inattentive-driver alert (n.a.); lane-departure warning (opt.); pedestrian/cyclist detection (opt.) 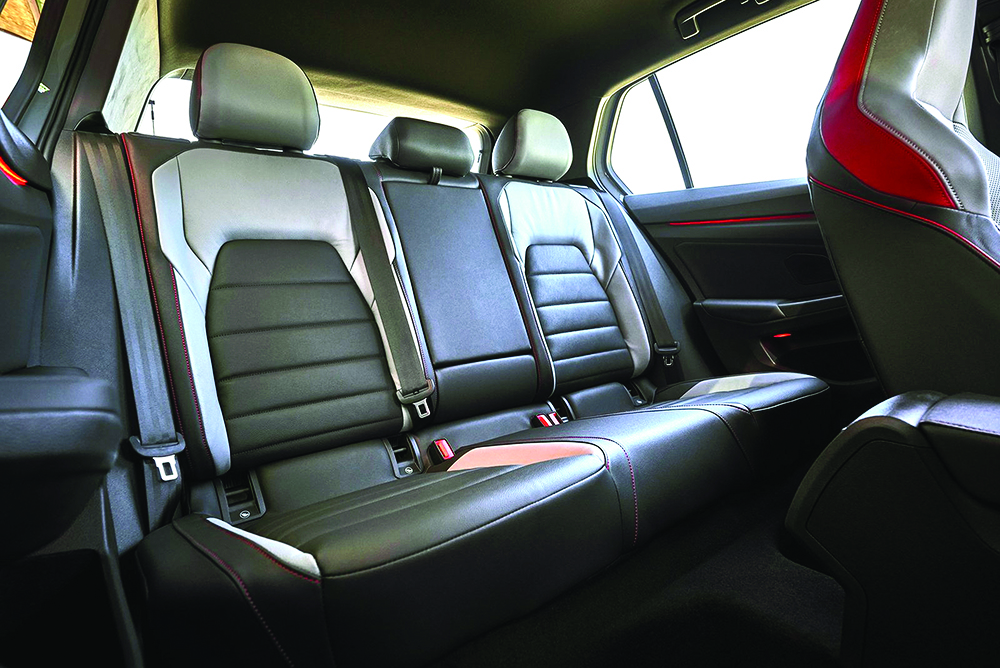 Expect similar rear-seat room to the outgoing Golf GTI as the new model has the same distance between the front and rear wheels.
PHOTO: VOLKSWAGEN 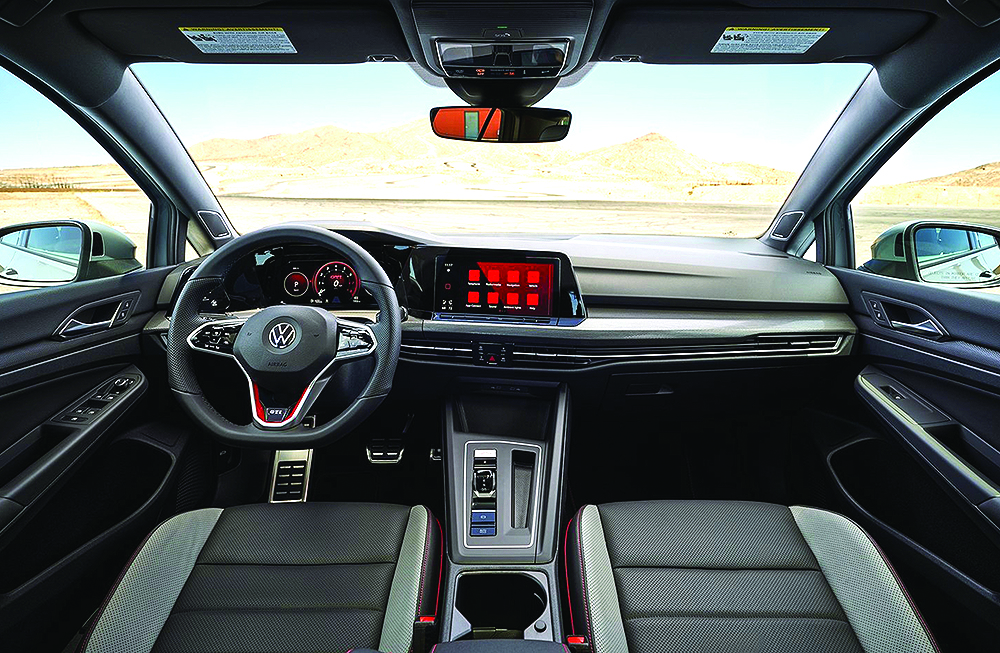 Historically, the GTI has been based on entry-level compacts, but its interior has never looked the part.
The 2022 design is incredibly sanitary and hints at a high-end sports car. PHOTO: VOLKSWAGEN 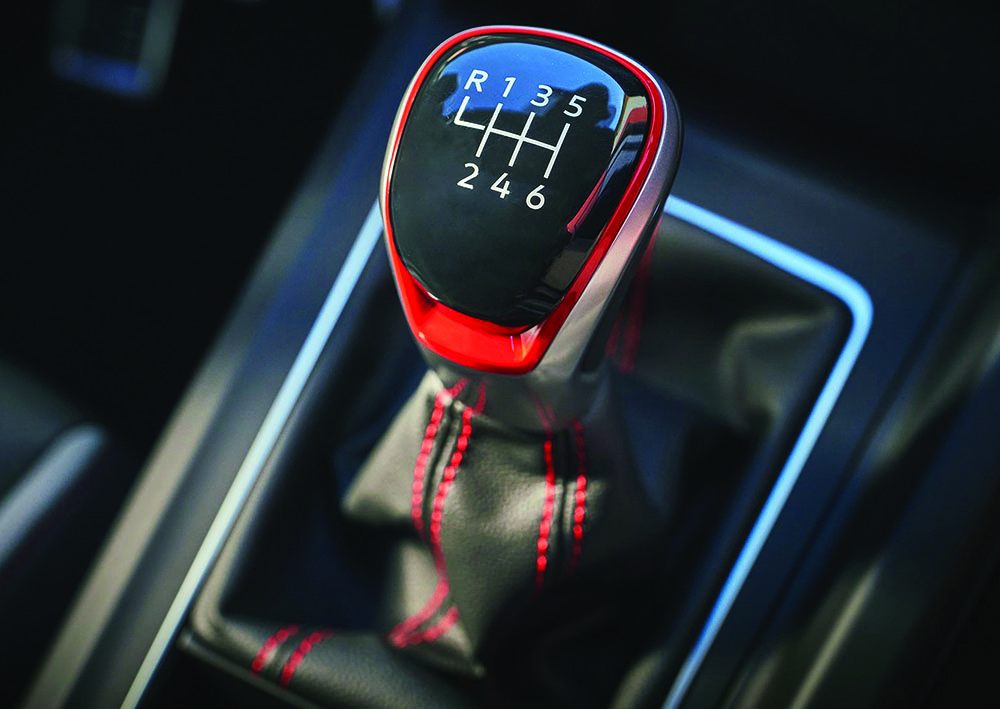 A six-speed manual transmission is standard for both the GTI and the R, but the seven-speed
paddle-shift automatic can be had only with the GTI. The R is still manual only.
PHOTO: VOLKSWAGEN 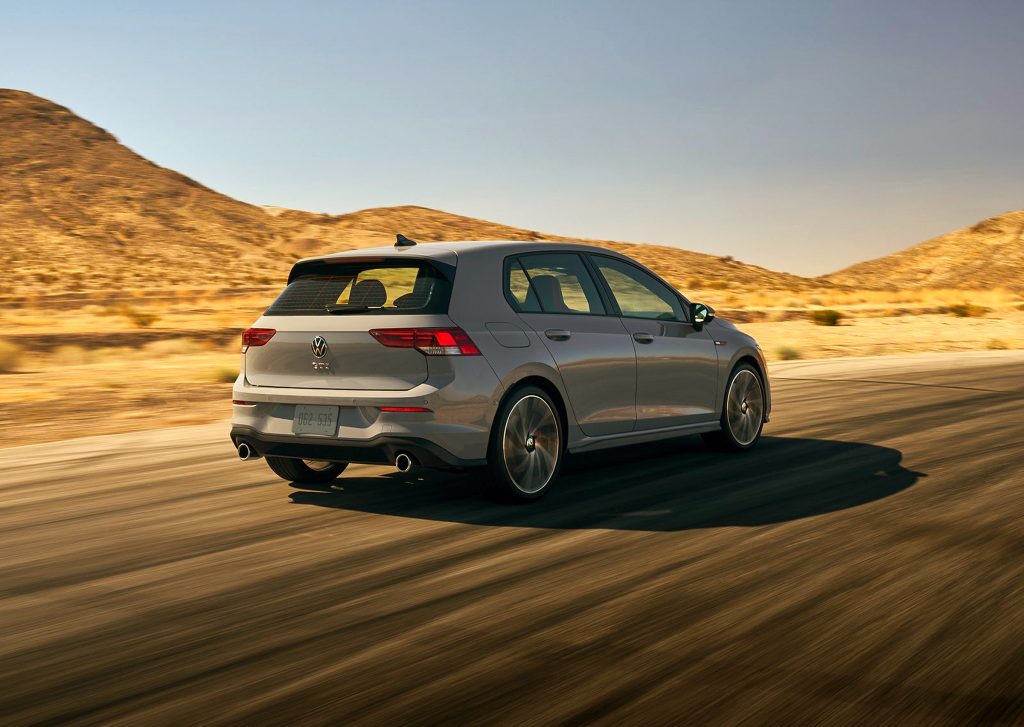 Although redesigned, it will take real fans of the GTI to readily notice the differences.
Note that there is no base Golf model for the 2022; only the GTI and the R make the cut.
PHOTO: VOLKSWAGEN