2022 Mitsubishi Outlander: The alliance with Renault-Nissan bears fruit for Mitsubishi, although it looks a bit like another apple in the basket 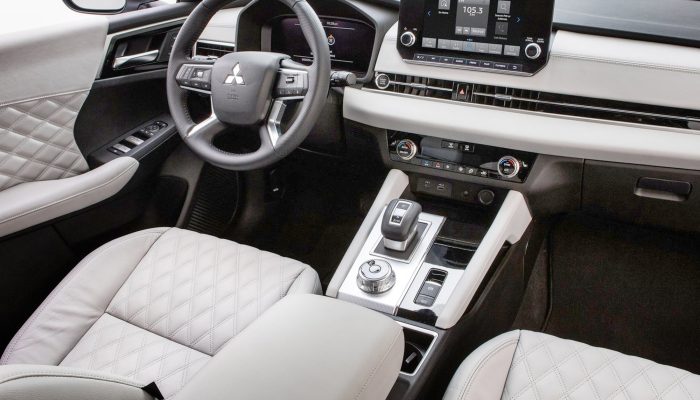 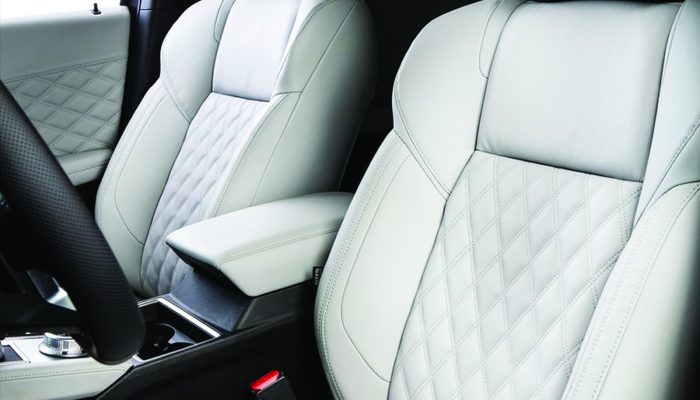 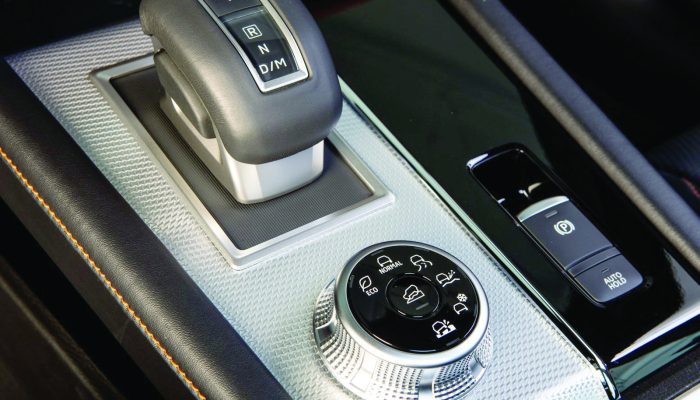 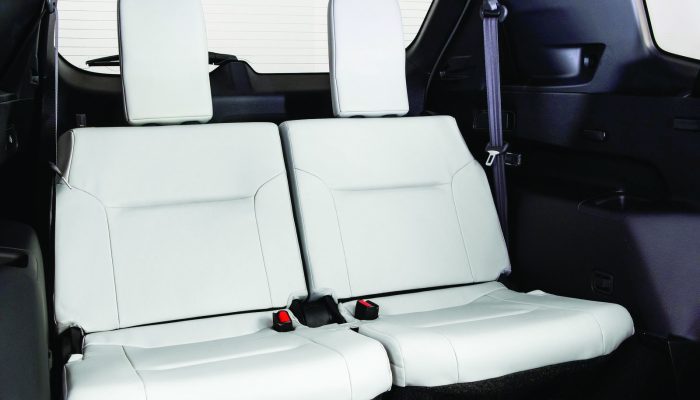 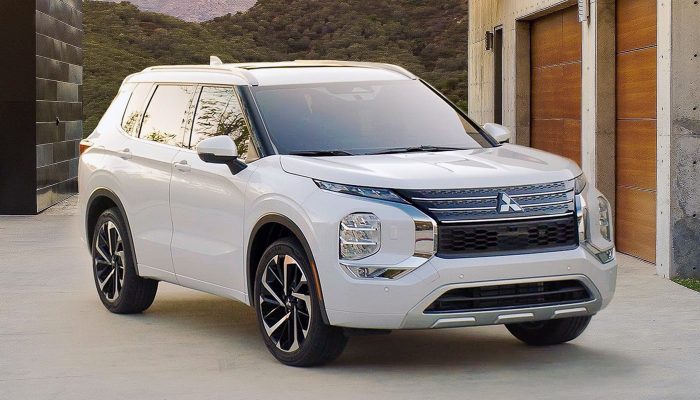 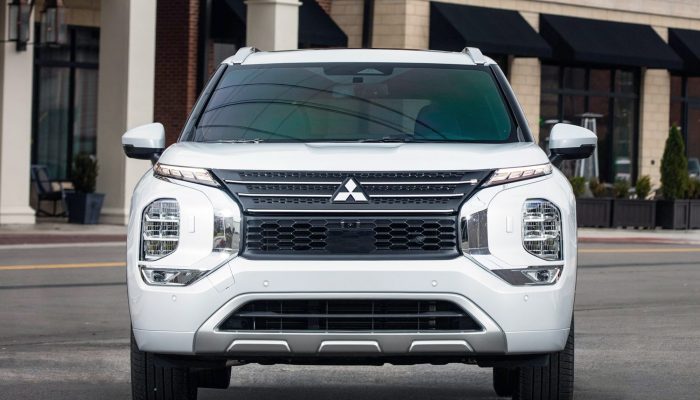 “I get by with a little help from my friends,” is a line from a classic Beatles song. It could also apply to Mitsubishi — a member of the Renault-Nissan-Mitsubishi alliance — that uses the Nissan Rogue framework for the 2022 Outlander.
Sharing has its benefits, such as spreading development costs over a wider customer base. The trick is to create different enough identities for the Rogue and the Outlander so that there’s reason to buy one or the other, whether it comes down to style or capability or brand loyalty.
The new Outlander mostly succeeds on this front with touches that make it look like a Mitsubishi.
Compared with the outgoing Outlander, the new model is slightly longer, five centimetres wider and four centimetres taller. The wheelbase — the distance between the centrelines of the front and rear wheels — increases 3.5 centimetres. Most of these dimensions are identical or closely similar to the Rogue’s.
That’s only part of the story, though. The new Outlander’s rugged presence is far superior to the previous version’s somewhat dated design. The front end is also more massive looking than the Rogue’s, especially the grille and headlight surrounds. The rest of the bodywork differs slightly from the Nissan’s.

The Outlander’s interior also differs in seating capacity. As before — and unlike the Rogue — a two-person third row is standard, although the tight quarters means it’s best for occasional use or small children. Both second- and third-row seats are split folding, which allows you to configure a variety of passenger and cargo arrangements. Front-row folks get a lovely dashboard and control panel that’s fronted by a dominant touch-screen.
Tcccc
The Outlander’s continuously variable transmission comes with eight built-in steps that somewhat copies a conventional geared automatic. All-wheel-drive is standard for all trims.
Fuel consumption is rated at 9.7 l/100 km in the city, 7.9 on the highway and 8.9 combined. That’s slightly higher than the Rogue’s 9.2/7.2/8.3 numbers (with AWD). The Nissan is a bit lighter, which might account for some of the difference.
All Outlander models come with Eco, Normal, Tarmac (pavement), Gravel, Snow and Mud settings that vary the engine, transmission and steering programming.
The base ES — one of five different variants — lists for $33,900, including destination fees. Included in the price is dual-zone climate control, six-speaker audio system, 8.0-inch display plus a number of active-safety technologies such as blind-spot warning and rear cross-traffic alert that assists when backing up.
Depending on the trim, the rest of the field comes with items such as a power-adjustable driver’s seat, heated front seats, 9.0-inch touch-screen with navigation, and a multi-view camera.
The range-topping GT ($45,100) comes with tri-zone climate control, quilted leather seat covers, a power-adjustable passenger seat and a 12.3-inch digital driver’s information display.
By mid-2022, Mitsubishi says it will launch a new Outlander PHEV (plug-in hybrid )with added power and electric range than the current carryover version.
The bolder-looking Outlander is a significant improvement from the previous model in nearly every respect, although ride quality over bumps and broken pavement is a bit jarring and the transmission allows the engine to feel like it’s free-wheeling under hard acceleration. But the redesign is the kind of jolt the nameplate needs to compete with the category’s heavy-hitters, including the Rogue.

What you should know: 2022 Mitsubishi Outlander 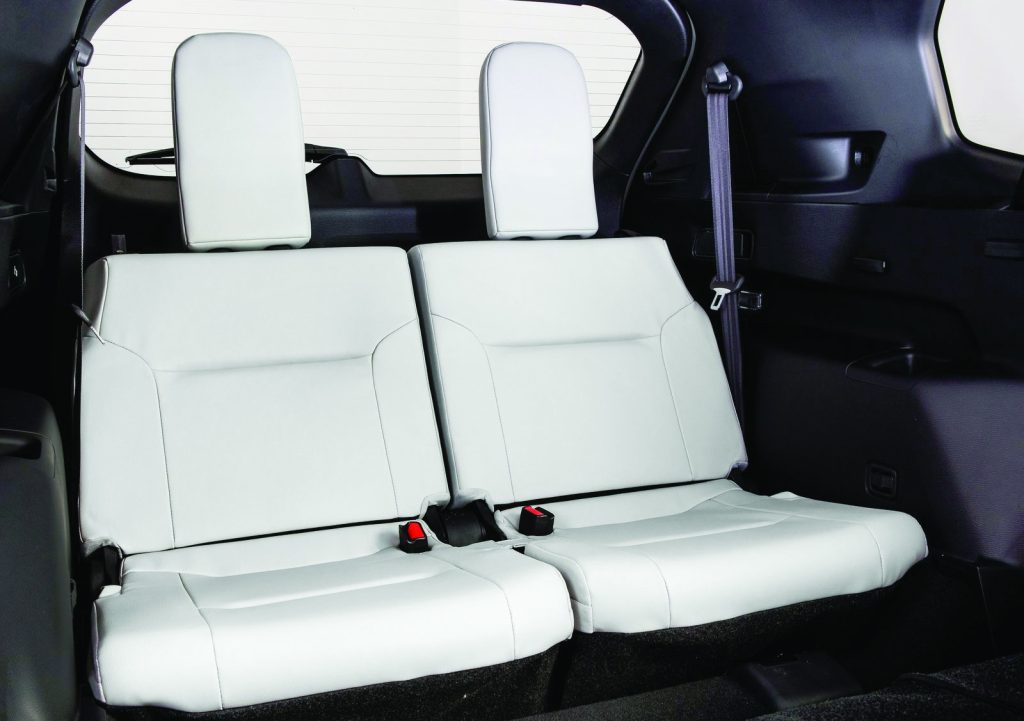 The Outlander is actually quite large, although not quite large enough to do justice to a third-row seat.
PHOTO: MITSUBISHI 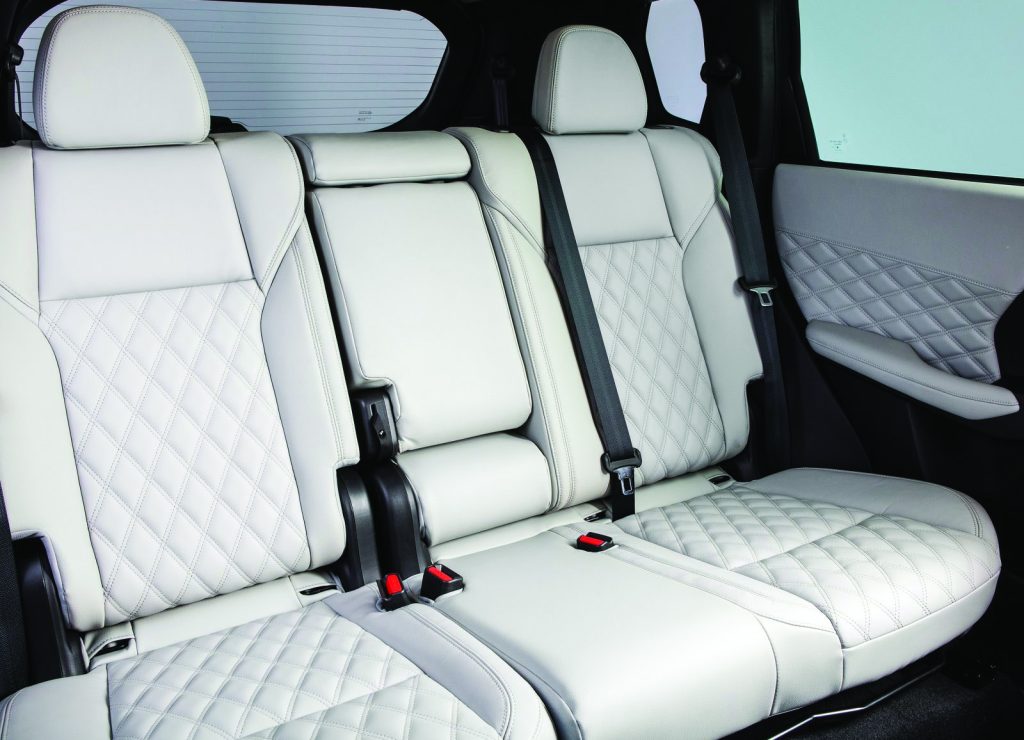 The Outlander is larger than before, most noticeably in the width department. The key dimensions
are understandably close the Nissan Rogue’s since the two are based on the same platform.
PHOTO: MITSUBISHI 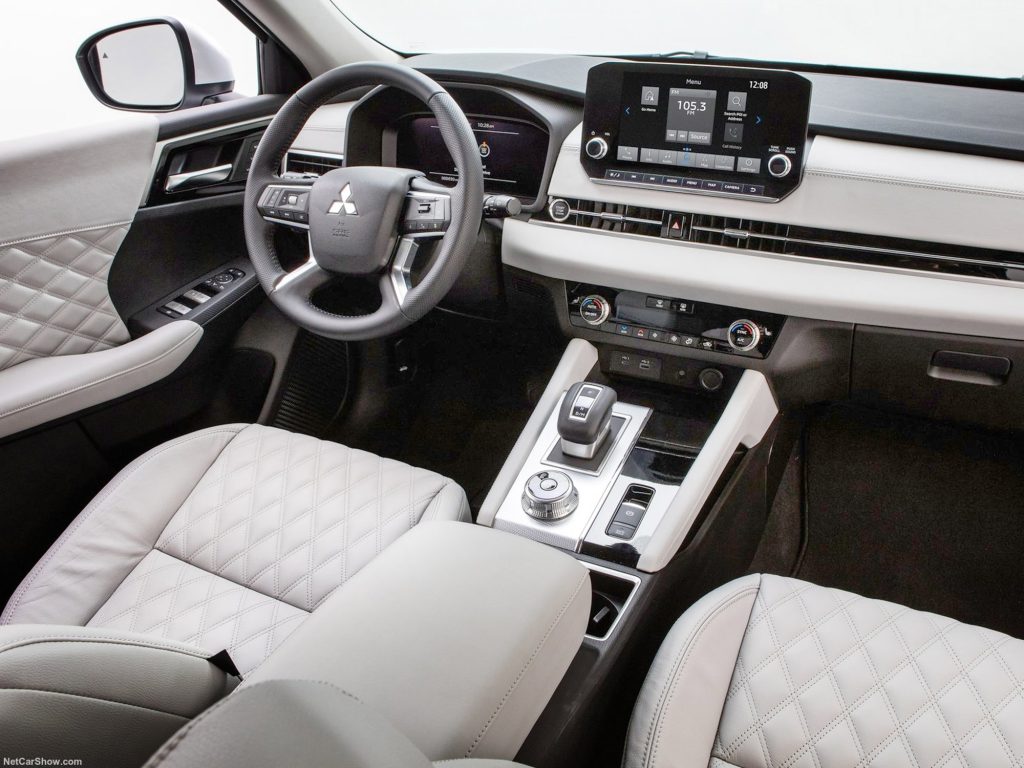 The Outlander SEL’s quilted upholstery is a nice high-end touch even if they contrast a rather
featureless stretch of dashboard. PHOTO: MITSUBISHI 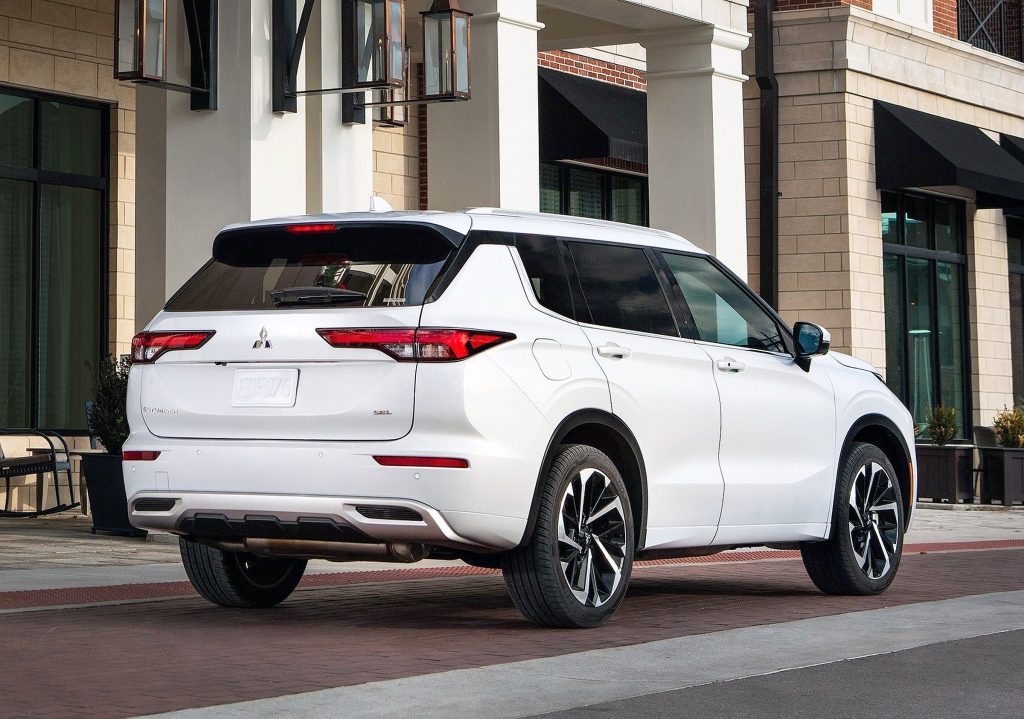 The roofline is similar to the Rogue’s, but the Rogue looks like a Nissan and the Outlander looks like a Mitsubishi.
Which is better? PHOTO: MITSUBISHI

Volkswagen Tiguan
Base price: $35,150
One of the larger models in its class has 184 hp. AWD, third-row seat are optional.

2022 Mitsubishi Outlander: The alliance with Renault-Nissan bears fruit for Mitsubishi, although it looks a bit like another apple in the basket