Can there be any doubt but that automobiles are becoming more self-aware with each new generation? Audi’s newly developed traffic-light recognition system could save fuel as well as the annoyance that comes from being stuck behind oblivious drivers who don’t notice when lights switch color, by allowing you to anticipate changing signals. The system works by reading the automated signals from a city’s central traffic computer, reports auto news Web site MotorAuthority, and transmitting that information to the driver through the car’s driver information display. At a red light, the system can count down the time remaining until a change to green, and prime an engine stop-start system to restart the engine five second before that. 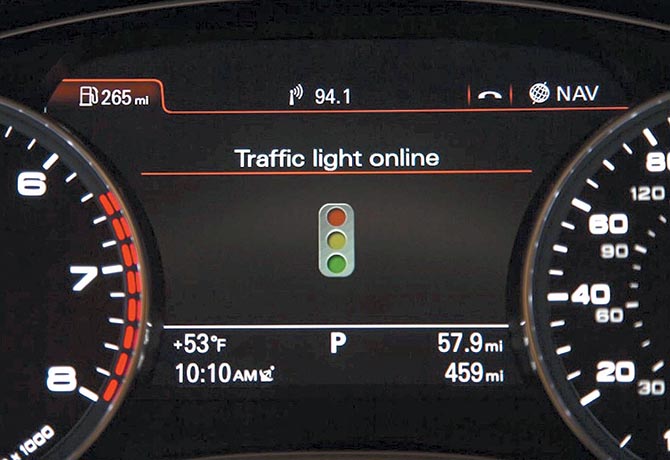 Most of the emphasis for efficiency is heaped on the vehicle’s mpg numbers and not the use of the vehicle, which is vastly more important. That includes inefficient infrastructure and traffic lights.