Less than a year after selling its seven-millionth gas-electric hybrid car, Toyota has crossed the eight million mark, demonstrating its continuing global domination of the hybrid market. Those eight million cars, the company says, have saved a combined 58 million tons of carbon dioxide emissions that would otherwise have gone into the atmosphere. The sales figure represents vehicles from Toyota and its luxury Lexus brand. Toyota meanwhile debuted its next-generation Prius on Sept. 8. The car is touted as having 10 percent better fuel economy than the outgoing model, with smaller and lighter hybrid components. It’s also longer and wider than before. 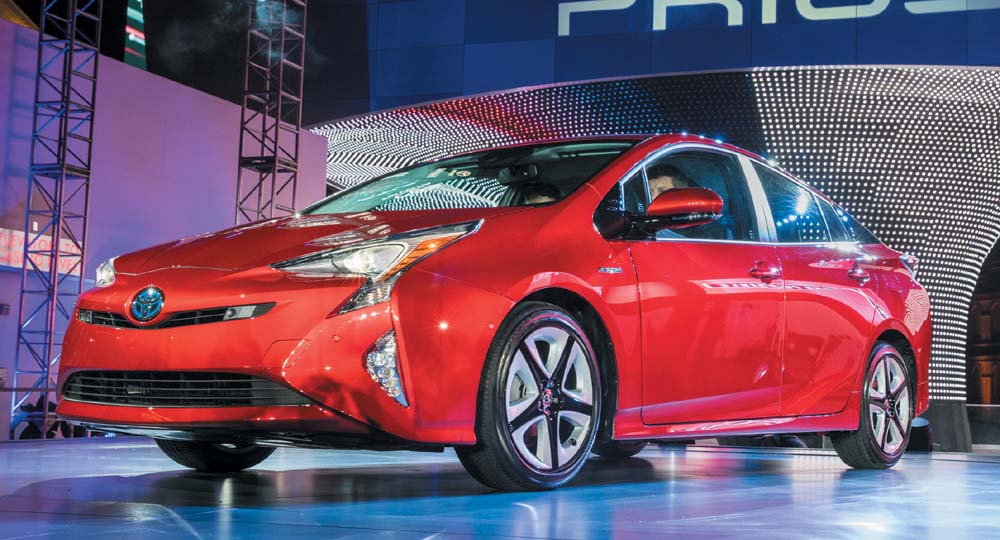 The new Prius is a bit larger than the outgoing model and Toyota touts 10 percent better fuel efficiency.