Volvo’s first fully electric model will come in the form of the 2019 Volvo XC40 small utility vehicle, expected to go on sale in North America in mid-2019. The plug-in battery-electric will be a model option, as will a plug-in hybrid option, though not in all markets initially. The XC40 rides on new architecture specifically designed to accommodate battery-electric drive, according to alternative-vehicle webmagazine Green Car Reports. It will also be shared with future vehicles to be launched by Volvo owner Geely of China. Lex Kerssemakers, Volvo Cars USA CEO, has said that the electric XC40 would start around $35,000-$40,000 in the United States and have ‘at least’ a 200-mile range. Production of the Volvo XC40 with a conventional powertrain began in Ghent, Belgium, in November 2017. 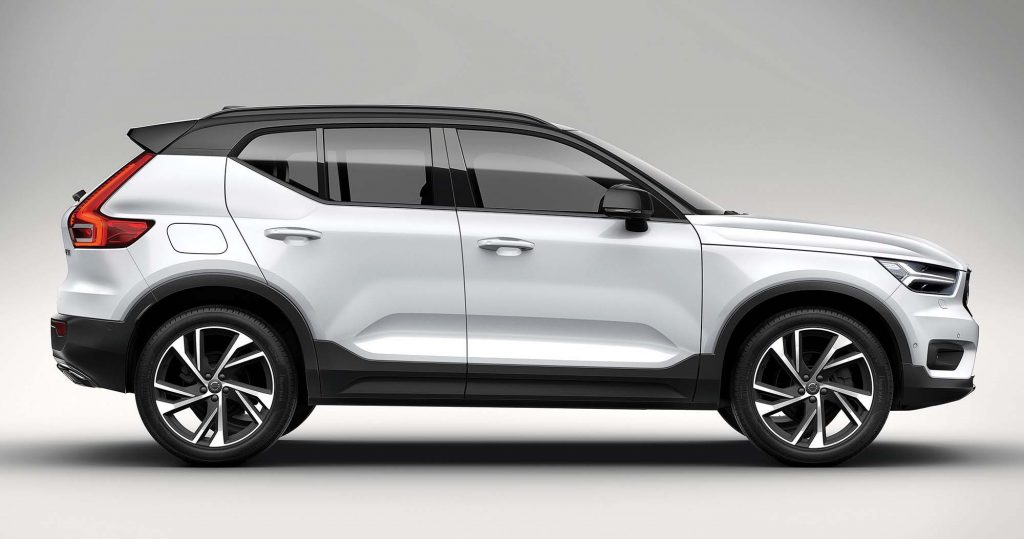 The battery-electric XC40 would have a range of ‘at least’ 200 miles.
(PHOTO: VOLVO)