In the days before diesel electric engines, steam trains carried tenders behind them filled with wood or coal to extend their range. Now the idea has reached electric cars. The EP Tender is essentially a gasoline engine inside a small trailer that can provide extra electricity for electric cars on long journeys. Its inventor, Frenchman Jean-Baptiste Segard, coupled the EP Tender with a Renault Zoe, a pure electric that has become a popular EV in Europe. The idea isn’t entirely new since cars such as the Chevrolet Volt carry a range-extending gasoline generation. The notion of being able to add it later might take some of the angst out of the decision whether to go with an electric car in the first place. 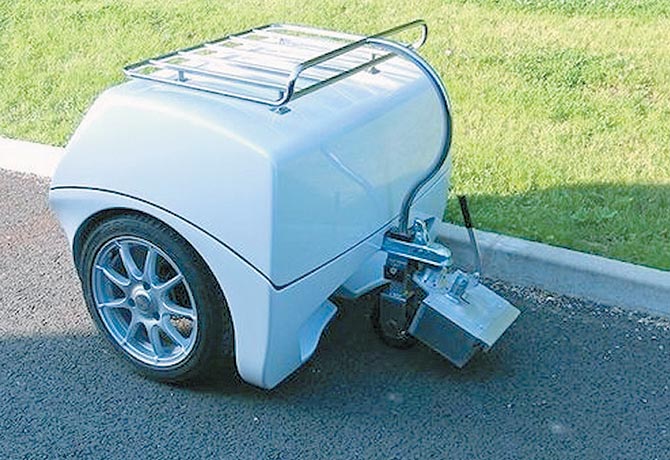 So, you won’t buy an electric car because you can’t take it on random long trips? How about bringing along your own gas-powered electric generator for such occasions.