Promising to save police forces and taxpayers thousands of operating dollars per vehicle per year, Ford has introduced hybrid power and new officer-safety technologies as standard equipment in the 2020 Police Interceptor Utility (PIU), which is based on the redesigned Ford Explorer. With a claimed 41-percent fuel-economy improvement over the current PIU with a 3.7-liter gasoline engine, the new hybrid (which combines electric drive with a 3.3-liter V-6 engine to make 318 horsepower) was rated by Michigan State Police as the second-quickest interceptor available among the current crop of competitors. At the top is another Ford, a 400-horsepower non-hybrid equipped with a 3.0-liter turbocharged V-6. For officer safety, Ford’s factory-installed Police Perimeter Alert monitors nearby movements around the vehicle. When motion is detected, the system automatically turns on the rear camera, sounds a chime, raises all windows and locks the doors. 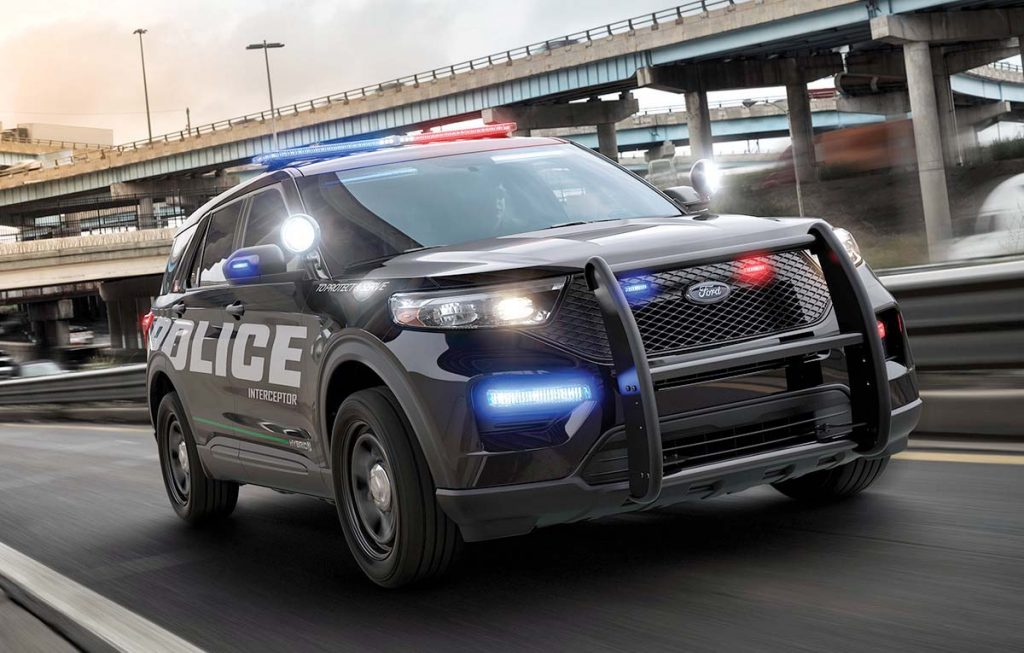