Fully electric and capable of operating like a set-route bus or an on-demand taxi, the Navya Arma carries up to 15 people at a top speed of 28 mph, and is already in use in parts of France, reports emerging technologies Web magazine, Gizmag. ‘Efficient, useful, slow and unexciting, it’s much like what we can expect when self-driving cars hit the roads en masse.’ The writing is on the wall, says the website: they’ll be cheaper, safer and more efficient. ‘Our grandchildren (heck, even our children) will probably never learn to drive if they live in an urban environment.’ French manufacturer Navya says its Arma is the first fully autonomous ‘vehicle system’ that’s actually available to buy right now. 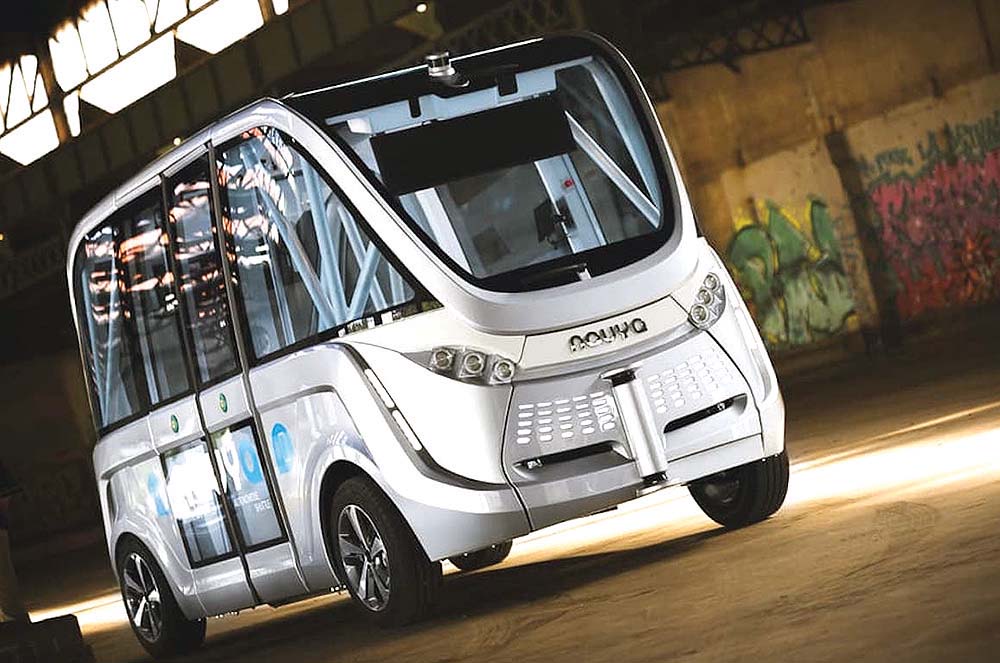 Autonomous vehicles such as this France-built Navya Arma van are indeed coming, but the tradeoff for safety and efficiency is anything resembling driving excitement. (PHOTO: NAVYA)