Ford Motor Company says it will deliver a Level-4 self-driving car by 2021, meaning it will be able to drive itself in more or less ideal road conditions. A more capable Level-5 car that can completely replace a human driver (even in severe weather) will follow in four years’ time, in 2025, the company said in late December. Ford will continue tests it has been conducting since 2013, using mid-size ‘next-generation’ Fusion Hybrid-based prototypes equipped with the company’s newest autonomous technologies. Electrical controls are closer to production-ready, Ford said, but it concedes that its Virtual Driver System isn’t quite there yet in terms of having the same level of dependability as humans to make decisions and carry them out. 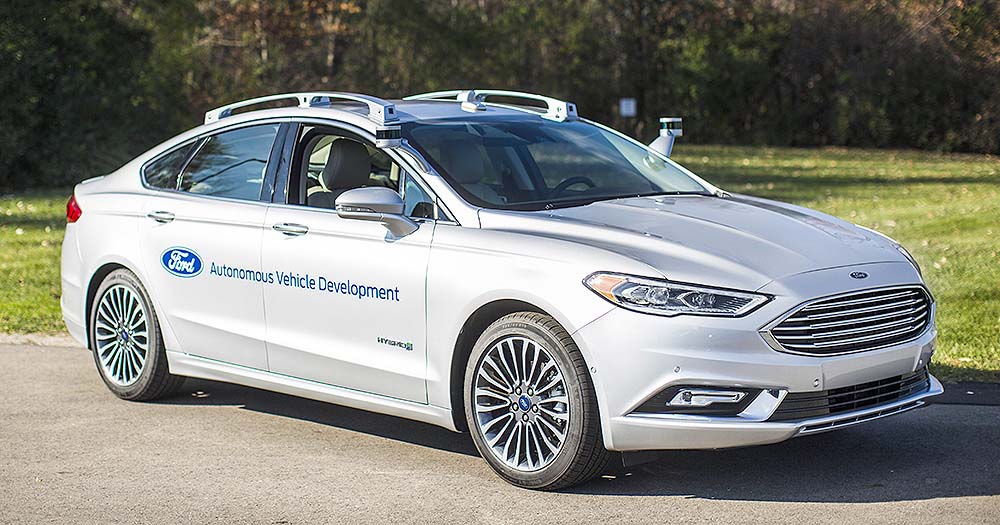 Ford Motor Company is introducing its next-generation Fusion Hybrid autonomous development vehicle, just in time for CES and the North American International Auto Show in January.
The new vehicle uses the current Ford autonomous vehicle platform, but ups the processing power with new computer hardware. Electrical controls are closer to production-ready, and adjustments to the sensor technology, including placement, allow the car to better see what’s around it. New LiDAR sensors have a sleeker design and more targeted field of vision, which enables the car to now use just two sensors rather than four, while still getting just as much data.

Ford’s autonomous testing is well under way, but companies are years away from Level-5 capability where the car has 100 percent control.