Honda’s unsuccessful CR-Z Sport Hybrid Coupe looks to be on its way out of production. Neither sporty nor a coupe, notes automotive lifestyles webmag, Motor Authority, year-to-date sales as of early June in the United States totaled fewer than a thousand. Honda recently unveiled the CR-Z Final Label for the Japanese market, ‘and it’s likely we’ll see something similar in the United States, or perhaps it will just go out quietly.’ The CR-Z Final Label gets a few cosmetic touches, including 17-inch alloy wheels with a matte finish. No changes were made to the powertrain, in this case a 1.5-liter four-cylinder gasoline engine and electric motor. With the standard six-speed manual transmission (installed to give the CR-Z a more sporting flair), it makes 130 horsepower and 140 pound-feet of torque. 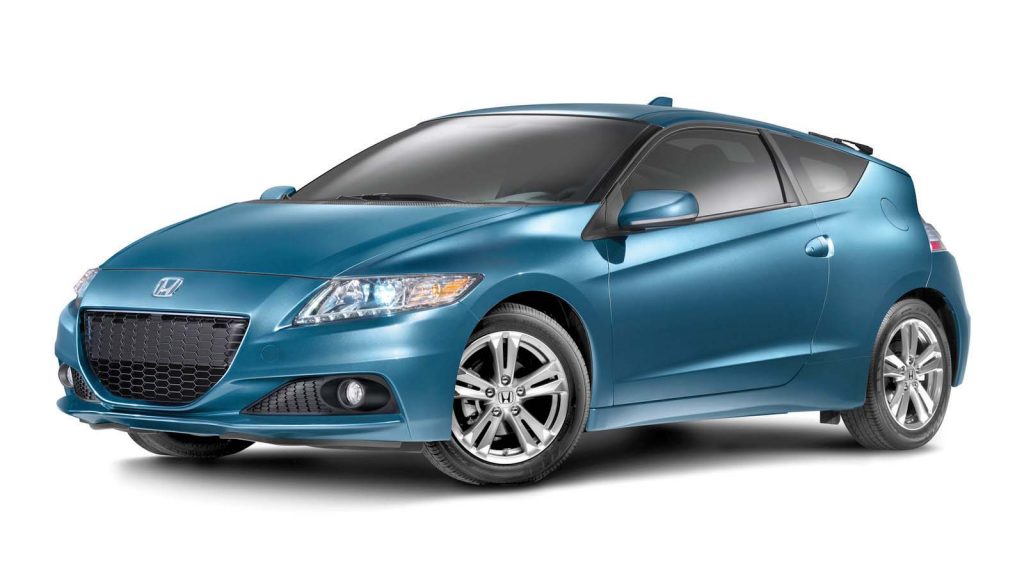 As if being of limited interest as a hybrid wasn’t enough, the CR-Z also only held two people. (PHOTO: HONDA)