A two-kilometer (1.2-mile) stretch of electrified road that resembles a slot-car track, and works in much the same way, has opened in Sweden. The project incorporates electric rails embedded into the road surface to power EVs through a contact arm that lowers from beneath the car, reports emerging-technologies webmag New Atlas. The arm extends and retracts by way of sensors that lower it only when over the rails. To exit the road or overtake another vehicle, the arm retracts automatically and the vehicle draws power from its battery instead. The eRoadArlanda group says to electrify 12,000 miles of Sweden roadways would cost about US $9.5 billion, but projects that the cost would be recouped “within three years.” 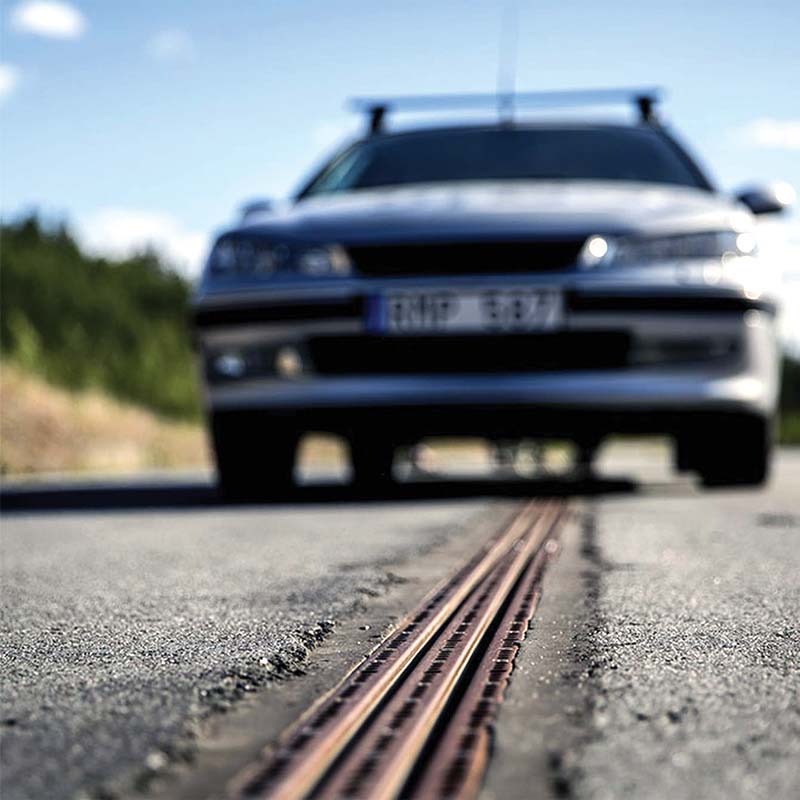 It would cost an estimated US $9.5 billion to install electric-charging rails in 12,000 miles of Sweden roads.
(PHOTO: EROADARLANDA)