A lifetime of design and engineering innovation, first in Formula One racing and now as a manufacturer of next-generation urban automobiles, has earned Gordon Murray the title Commander of the British Empire for “services to Motoring” in the Queen’s New Years Honours, and for devising and delivering “creative and ground breaking projects” in the motorsport and automotive sectors. McLaren cars have won dozens of Formula One races and its sportscar business has flourished with vehicles such as the P1. Murray has since shifted his focus to urban mobility and iStream, an innovative and disruptive automobile-manufacturing technology that uses carbon fiber. 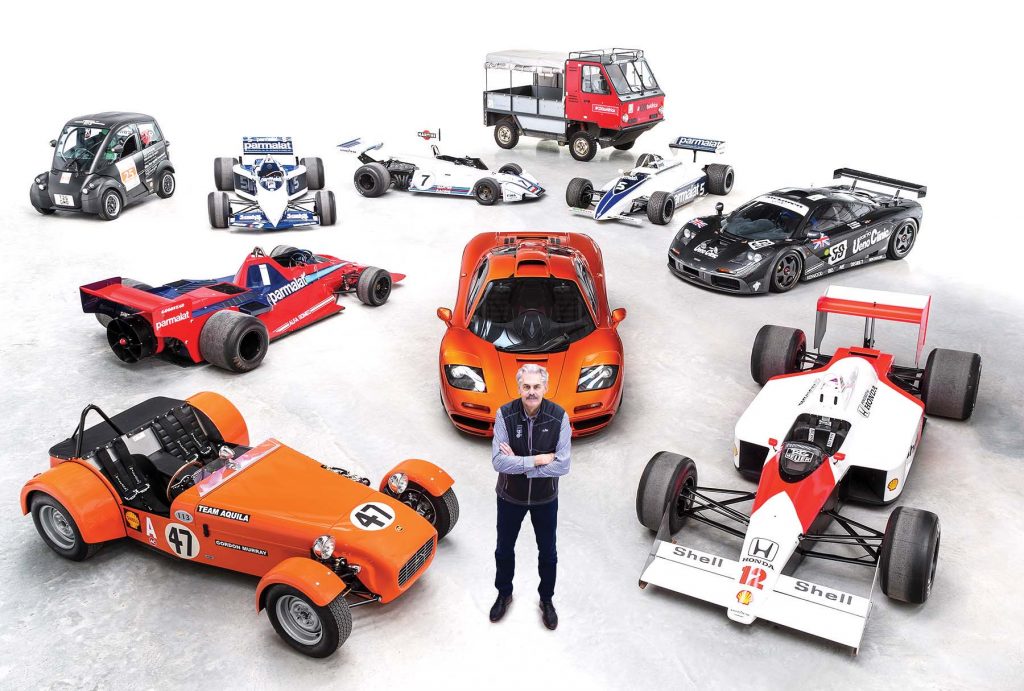 Gordon Murray is synonymous with McLaren and was recognized by the Queen of England for his contribution to the automotive industry.
PHOTO: Gordon Murray Design