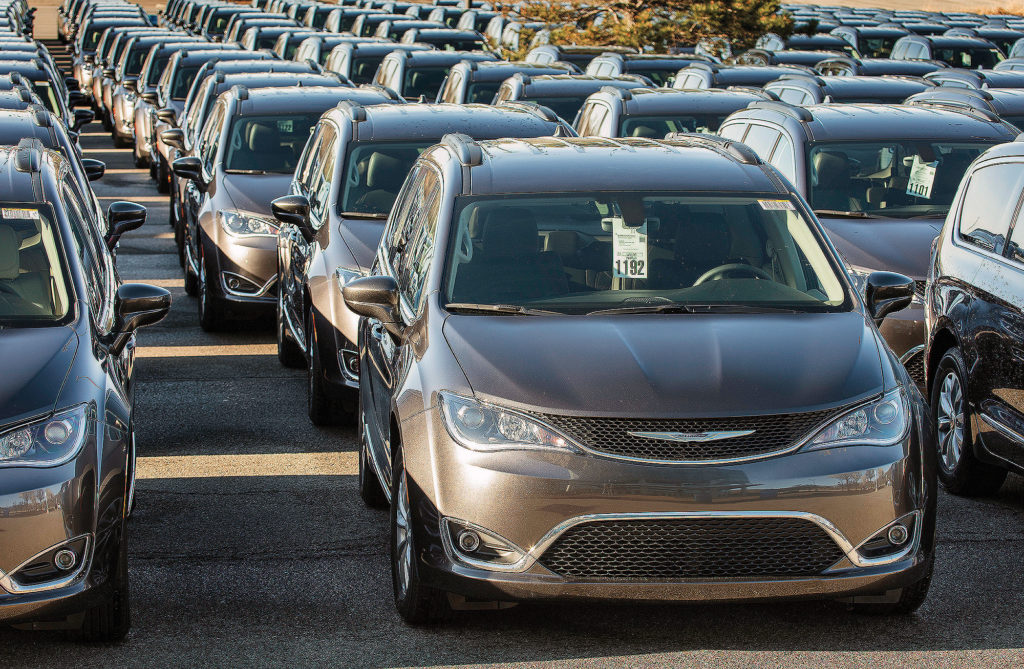 More than 200 dealers gathered at the Palace of Auburn Hills (Mich.) to deliver the all-new 2017 Chrysler Pacifica to dealerships across Michigan, Ohio, Indiana and Kentucky, April 27, 2016.

FCA says that the lifetime carbon output from the plug-in hybrid Pacifica is 24 percent lower than for the gasoline V-6 model.