With the Pacifica Hybrid’s all-electric range of 30 miles, many urban owners will hardly ever need to use the minivan’s 3.6-liter V6 gas engine. Built just south of Detroit in Windsor, Canada, the Pacifica Hybrid will be available in the second half of 2016. The hybrid version of the standard gasoline-powered Pacifica will have, says lead engineer Jessica LaFond, an efficiency rating of about 80 mpg equivalent in city driving. Engineers placed the 16-kilowatt lithium-ion battery pack under the floor in the Stow ‘n Go bins, meaning the vehicle’s nearly 200 cubic feet of cargo space is not compromised. It will be capable of recharging the depleted battery pack in less than two hours, she said. 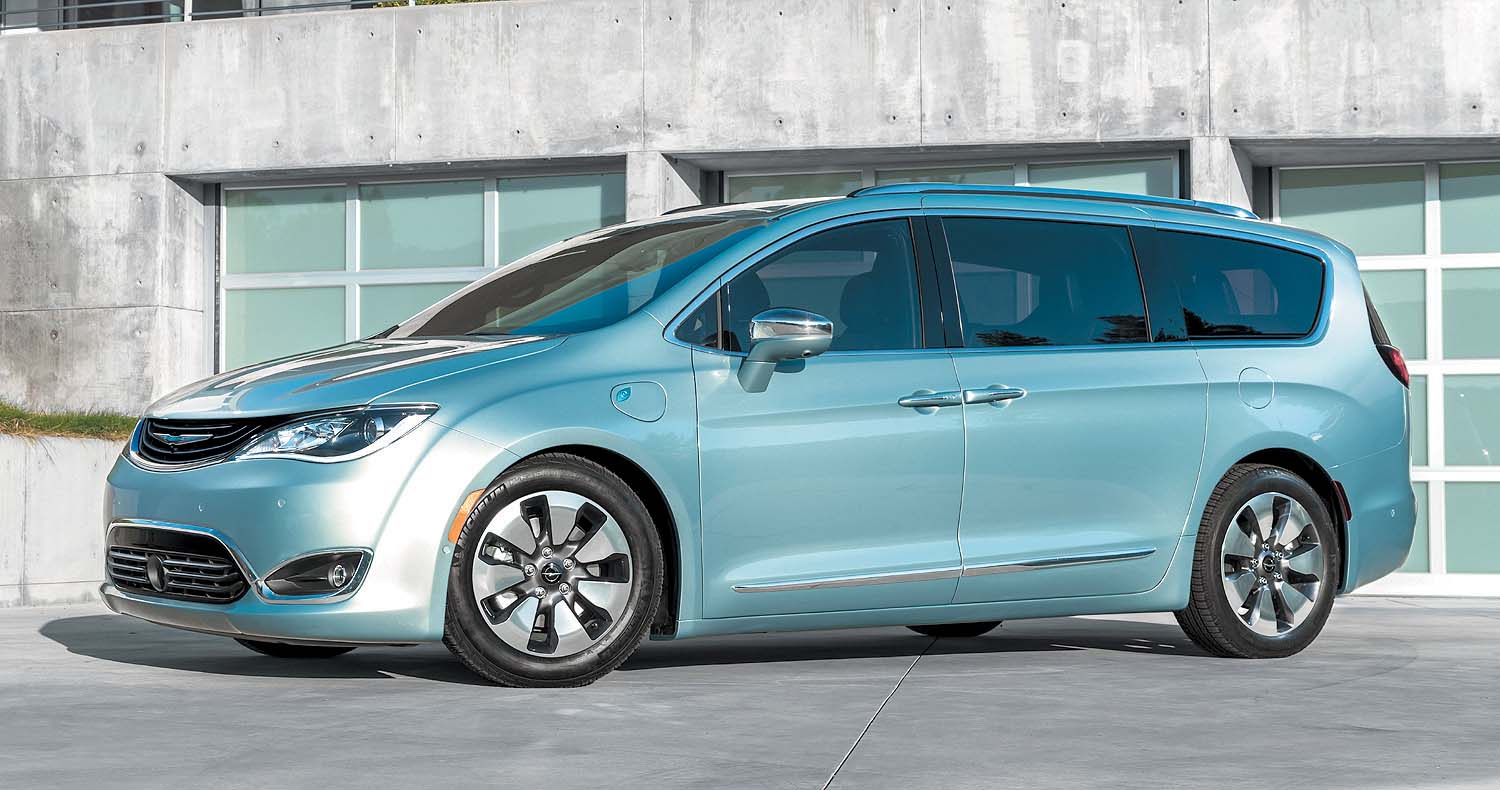 The gasoline version of the new Pacifica arrives this spring, while the plug-in hybrid version will have to wait until the fall. It has a claimed all-electric range of 30 miles. The Pacifica is a replacement for the Chrysler Town & Country.