The recipient of a recent subtle redesign, the 2017 Kia Optima Hybrid compact sedan will also employ, for the first time, a plug-in hybrid powertrain similar to that in the latest mid-size Hyundai Sonata Hybrid sedan. Alternative-vehicle Web site Green Car Reports says both models will be crucial to Hyundai meeting its stated goal of achieving a fleet-wide fuel economy increase of 25 percent. The Optima Plug-In Hybrid will have an ‘EV’ mode for electric-only driving with a larger battery pack, giving it a per-charge range of a claimed 27 miles. Both models go on sale in North America this fall. 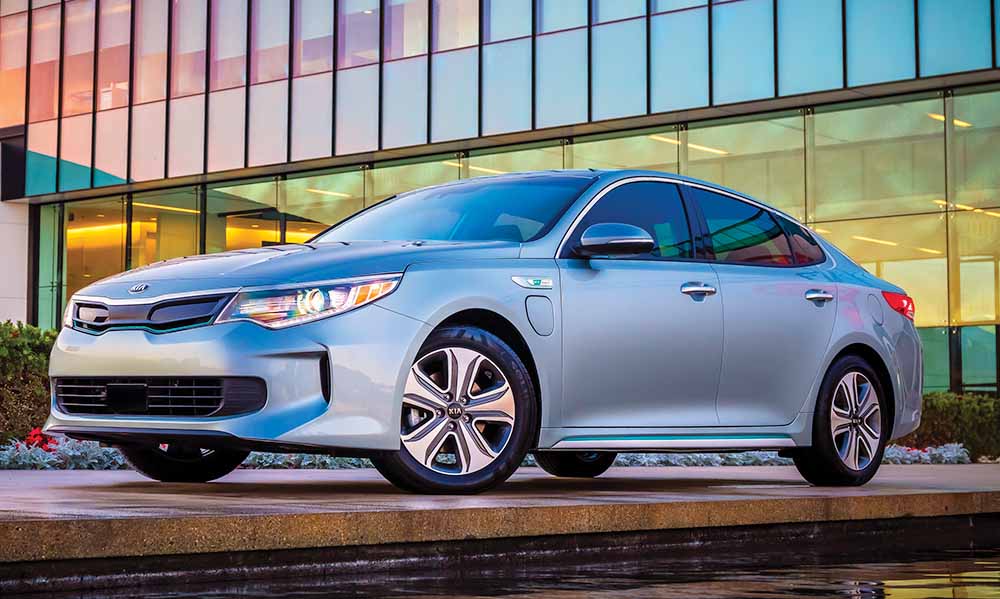 The plug-in hybrid Optima is part of Kia’s strategy to improve its fleet fuel economy by 25 percent.
(PHOTO: KIA)