Promising a technological powerhouse, Honda has released most of the details about its hybrid 2017 NSX sports car. The original NSX, released 25 years ago, was the world’s first all aluminum-bodied two-seat sports car. It was discontinued after the 2005 model year. Each new next-gen NSX will be effectively hand-built by a group of 70 technicians at a plant in Marysville, Ohio. The high strength, low weight body will deliver “unparalleled platform rigidity.” Total vehicle weight is 3,800 pounds, which is nearly 800 more than the original. The 2017 car’s twin-turbocharged V6 3.5-liter V6 engine with a nine-speed paddle-shift transmission, three electric motor/generators and battery pack will deliver a total of 573 horsepower, 500 of which will come from the engine alone. The battery pack, located below the center console to optimize weight distribution, allows the car to be driven at low speeds for short distances on electricity alone. Expect a starting price of about $170,000, which might seem steep but other sports cars using hybrid technology command $1 million or more. 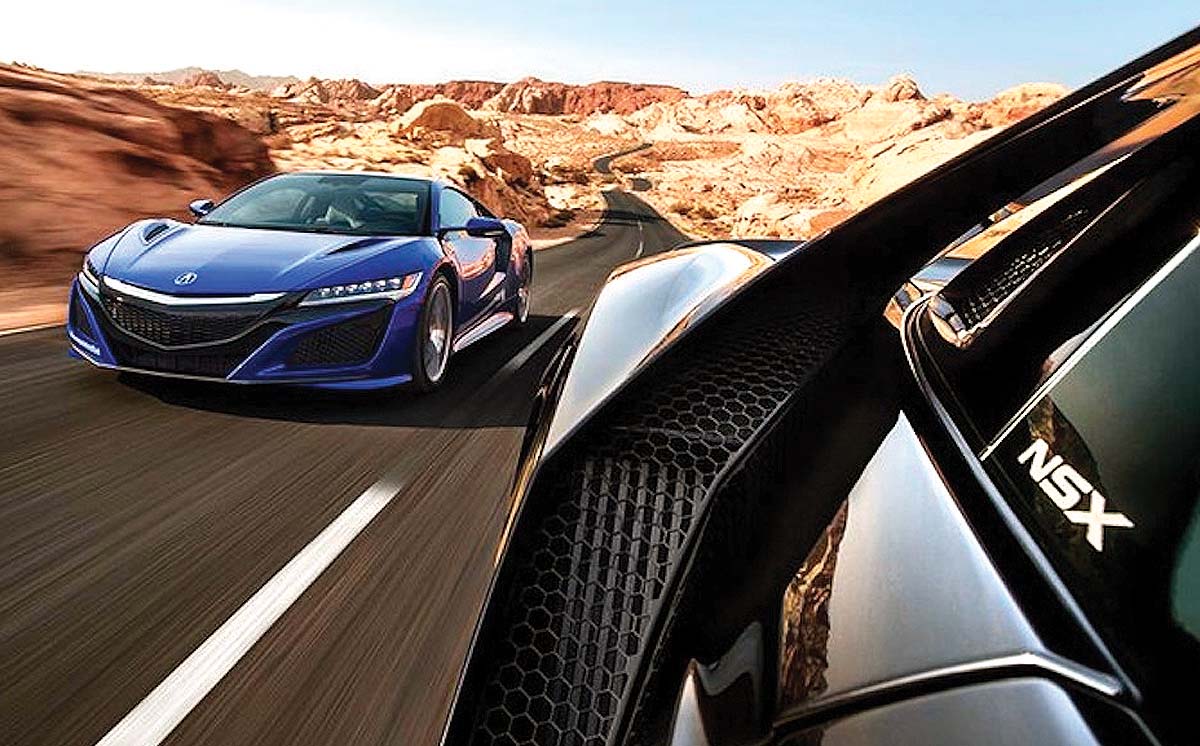 The new NSX is a hybrid and while it can operate in a fuel-saving mode, the idea is for the electric motors to drive the front wheels and assist the V6 engine for all-out performance.