Fiat Chrysler Automobiles has invested US $40 million in FCA Transport, the company’s own truck fleet, to convert its 179 Detroit-based parts haulers to run on compressed natural gas rather than traditional diesel. The transition to CNG represents a win-win-win, said Steve Beahm, head of supply chain management. “It offered a solid business case, clear environmental benefits and an opportunity to invest in our Detroit facility and workforce.” Prior to the changeover, the fleet used nearly 2.6 million gallons of diesel fuel a year while driving about 16 million miles delivering parts to assembly plants. With the new CNG-powered fleet, net fuel-cost savings of about 35 percent per year – more than 16,000 tons annually – are expected. 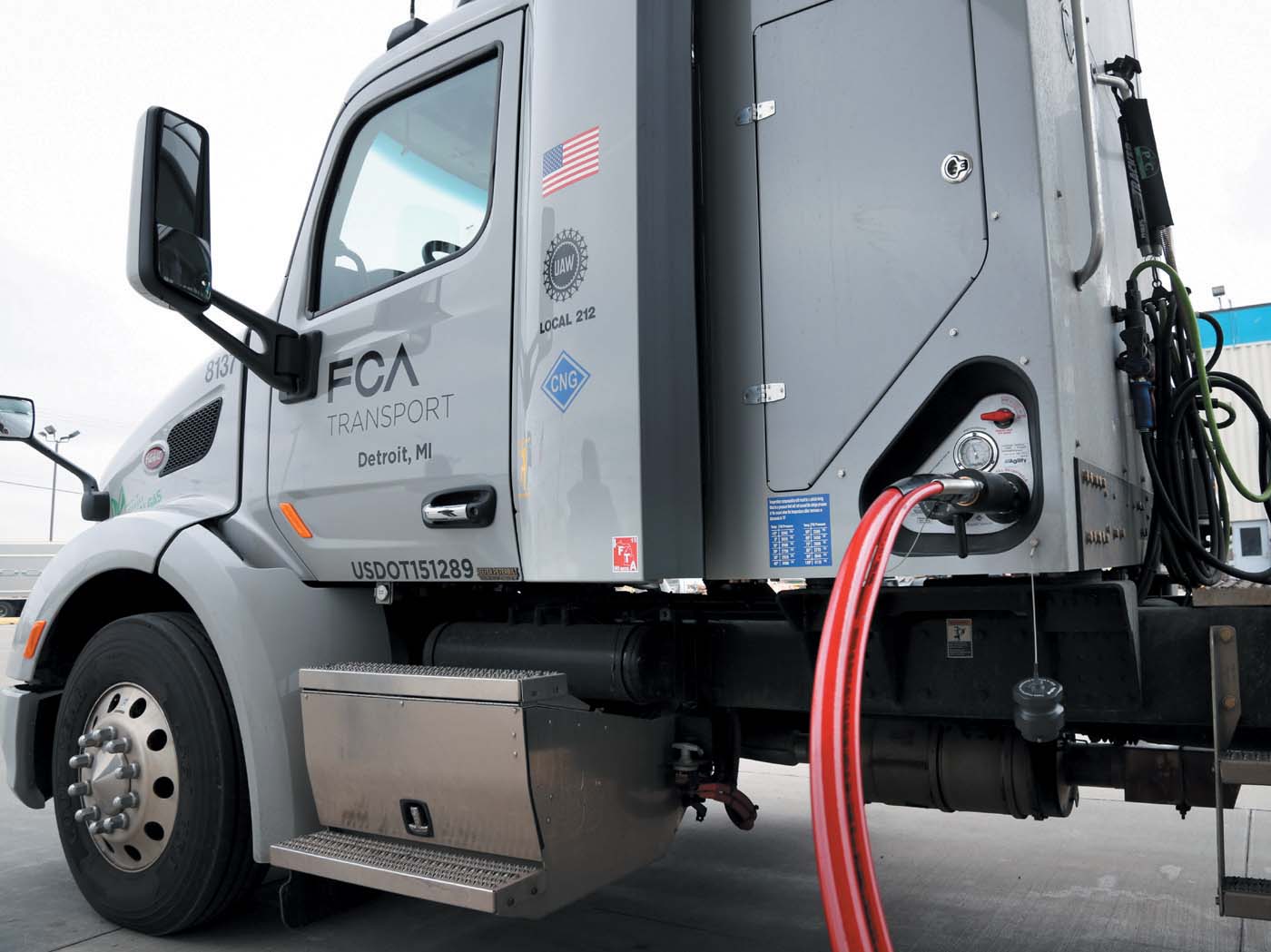 Fiat Chrysler expects to cut the fuel use of its parts fleet by 35 percent when it changes its over to compressed natural gas from diesel.