Mercedes-Benz parent Daimler has rolled out plans to have commercial electric trucks with 120 miles of range on the roads in about five years. The 120-mile rating includes a full charge and a 28.6-ton (26 metric ton) payload. Designed for urban rather than long haul driving, Mercedes-Benz envisions its ‘Urban eTruck’ making local deliveries around town, reports Autoweek magazine. ‘The time is ripe for the electric truck,’ said Wolfgang Bernhard, chief of the Daimler truck division. Mercedes has tested electric light distribution trucks since 2014, and ‘we are now electrifying the heavy distribution segment.’  Bernhard made the announcement just a week after American startup Tesla announced plans to move into electric trucks and buses in the undefined near future. 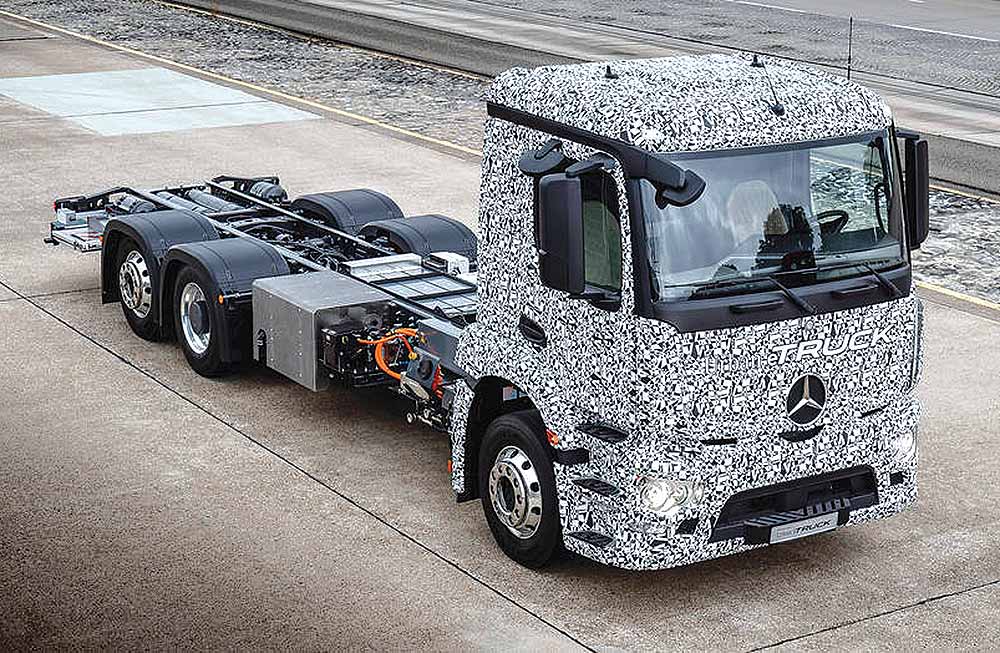 An electric commercial truck makes sense because of the amount of fuel such a vehicle consumes and thus the pollution it produces.(PHOTO: MERCEDES-BENZ)