Once the domain of exclusive supercars, carbon-fiber wheels are now entering the mainstream, reports automotive lifestyles webmag Motor Authority. They are rigid and strong and weigh less than wheels made of steel and metal alloys. Ford was first to offer carbon-fiber wheels as standard fitment on a volume production car, the 2015 Mustang Shelby GT350R, and recently confirmed its upcoming GT supercar would offer them as an option, to match the GT’s carbon fiber body construction. General Motors light polymer engineer William Rodgers said the automaker would offer carbon-fiber wheels on some performance cars, Cadillac’s V-Series models being possible candidates. He said tests are under way to determine how they handle the abuse of potholes and the general wear and tear of daily driving. 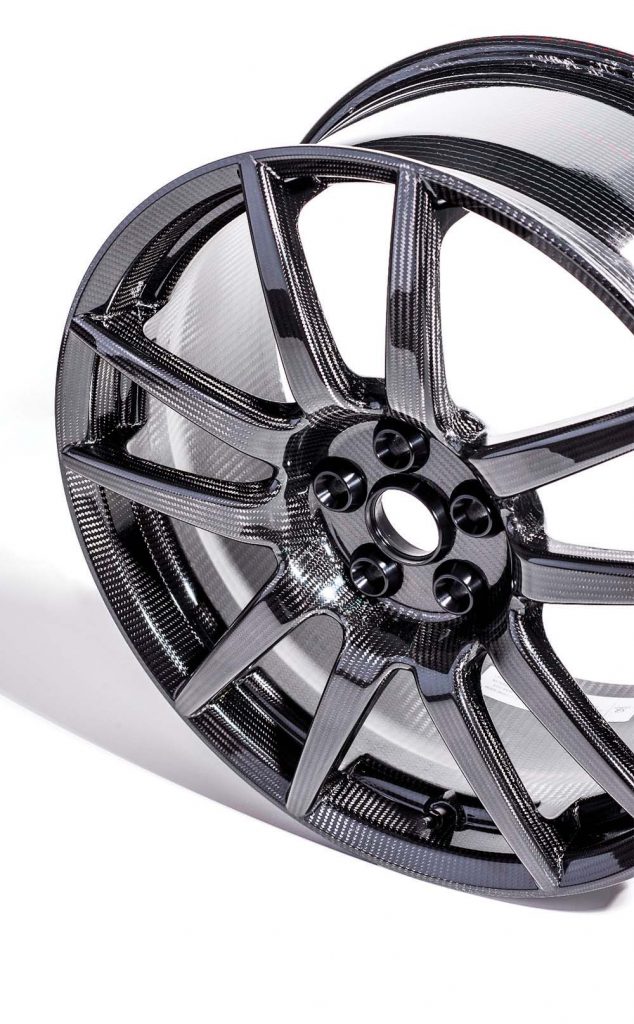 A wheel becomes more difficult to control as its rotational speed increases, which is why they need to be as light as possible. (PHOTO: FORD)

Plug-in hybrid goes farther than before: