Hyundai’s investment in fuel-cell technology will shine in small numbers later this year when a lease option is introduced on a fuel cell-powered Tucson. In the meantime, and no doubt to pump up the volume on fuel cells, it recently unveiled the fuel-cell-powered Intrado concept at the Geneva Motor Show in Switzerland. It sports Hyundai’s second-gen fuel-cell system, which the company says is smaller and lighter than current systems. Carbon fiber and lightweight steel comprise the body and much about the vehicle was inspired by aviation, including its name, which refers to an area under an aircraft’s wings where the lift required for flight is generated. Along with aerodynamics and the removal of all unnecessary weight, it’ll do a claimed 372 miles per charge. 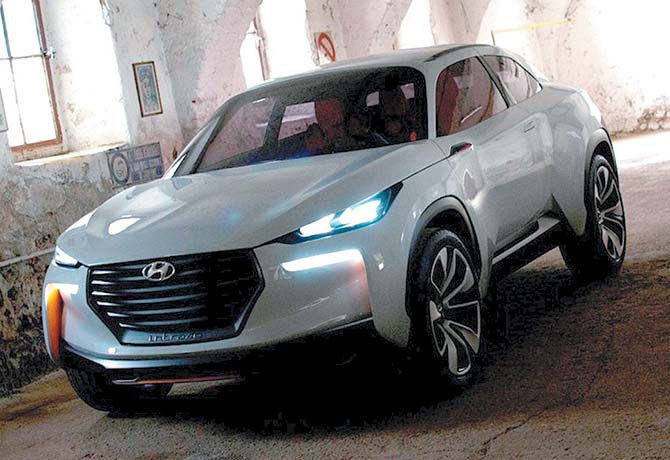