The 2016 Honda Clarity Fuel Cell sedan will sport a fuel-cell stack that is 33 percent more hydrogen compact, yet 60 percent more power dense than the one in the FCX concept car that became the Clarity. Honda says the new stack fits fully under the hood, allowing more passenger space inside. Range is expected to exceed 300 miles and refueling time is claimed to be less than five minutes. Says auto news and enthusiast magazine, AutoWeek, Òthis thing is starting to sounds suspiciously like a regular car.Ó The Clarity goes on sale late 2016, at first only in California. 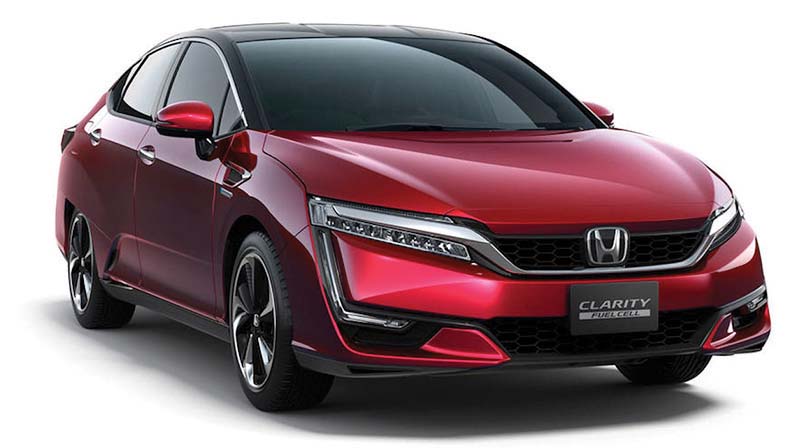 The Honda Clarity has a smaller, but more power-dense hydrogen fuel stack than the original FCX concept car. The ClarityÕs range is expected to top 300 miles.