A start-up called Solar Roadways is laying the groundwork for the energy revolution along an iconic stretch of American road: Route 66. In 2014, reports auto information site The Car Connection, Solar Roadways launched a crowd sourcing campaign, raising $2.2 million. The goal was $1 million. Those funds were used, in part, to refine its energy-generating solar panels and the glass pavers that protect the panels from traffic. The state of Missouri is gathering funds to pay for the installation of Solar Roadway panels at the Route 66 Welcome Center in Conway. The company says that using its technology across the United States would generate more energy than the entire nation consumes. 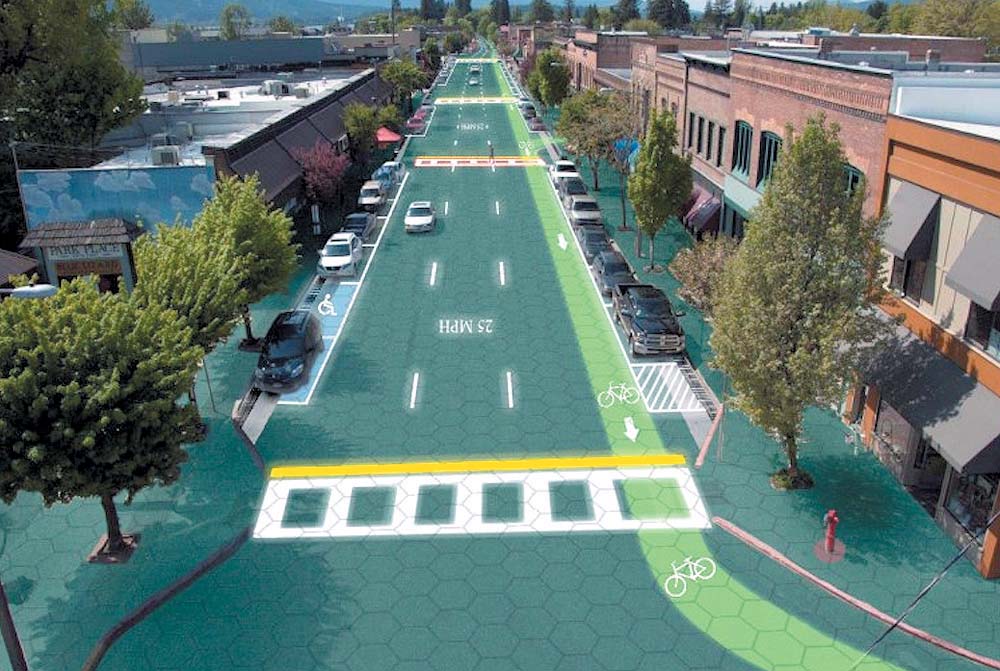 Roads made up of solar panels could be heated to remove ice and snow and return power to the grid. They can also be illuminated for safety. (PHOTO: SOLAR ROADWAYS)

Another Prius trait? Inexpensive to maintain: