Reinvigorated electric car maker Fisker has revealed its upcoming EMotion sedan, promising a 400-mile range and a 160-mph top speed. Unlike the previous Karma, Fisker’s original extended-range sedan that charged its batteries with a gasoline generator engine, the EMotion is a pure battery-electric using new graphene battery technology, says auto lifestyles webmag Motor Authority. Comfort will be another improvement over the Karma, with ‘superb’ rear legroom and more interior space overall than its main rival, the Tesla Model S. The car has been designed from the outset to incorporate self-driving technologies and will be priced to compete with high-end Tesla Model S variants, meaning a $100,000-plus MSRP. 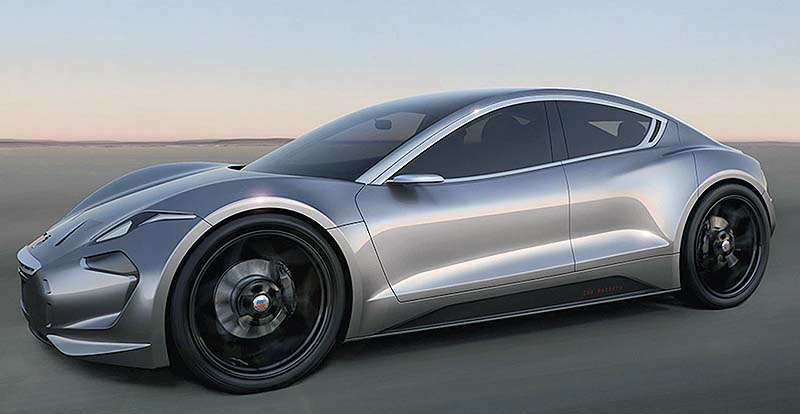 Whereas the Fisker Karma had a gasoline engine to charge the batteries when they ran low, the new EMotion is battery power only, necessitating plugging in. (PHOTO: FISKER)