The Organization of Petroleum Exporting Countries (OPEC) believes that sales of electric vehicles will be five times stronger by 2040 than anyone previously predicted, says a report from Bloomberg New Energy Finance (BNEF). According to alternative-vehicle website Green Car Reports, in 2016 BNEF’s analysts said that 35 per cent of new cars would run on electricity by 2040. “Now, they think it’ll be closer to 54 percent.” Oil companies such as BP and Exxon project that EVs in use will number more than 100 million by 2040. “As with BNEF’s own analysts, those revised numbers stem largely from the rapidly dropping price of lithium-ion batteries.” 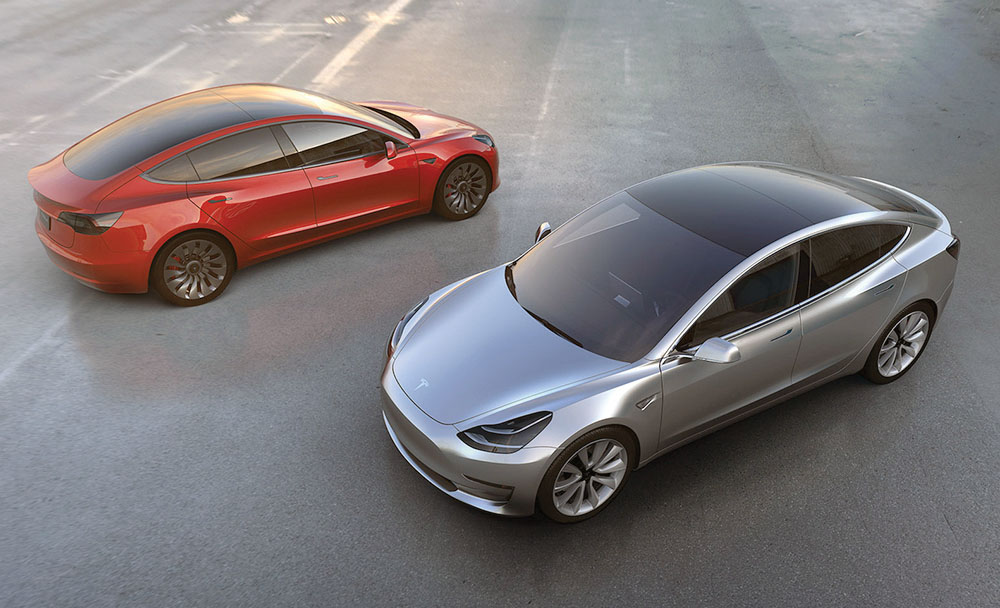 OPEC believes that EV sales, Tesla Model 3 pictured, will be much stronger than predicted by 2040. (PHOTO: TESLA)