Taking its cues from the classic American dune buggies of the 1960s and ’70s, Volkswagen said it would unveil an electric buggy at the Geneva Motor Show in Switzerland in March. Based on VW’s modular MEB electric drive platform, it’s a “modern, non-retro interpretation of a classic design,” said Klaus Bischoff, VW head designer. True to original style, the MEB buggy — which so far doesn’t seem to have a name — has no fixed roof or conventional doors. Bischoff said the vehicle shows the automaker’s modular electric platform is versatile and can be used for more than just large-scale series production. “Like the Beetle chassis of yesteryear, the modular electric-drive matrix has the potential to facilitate the development of low-volume niche series.” 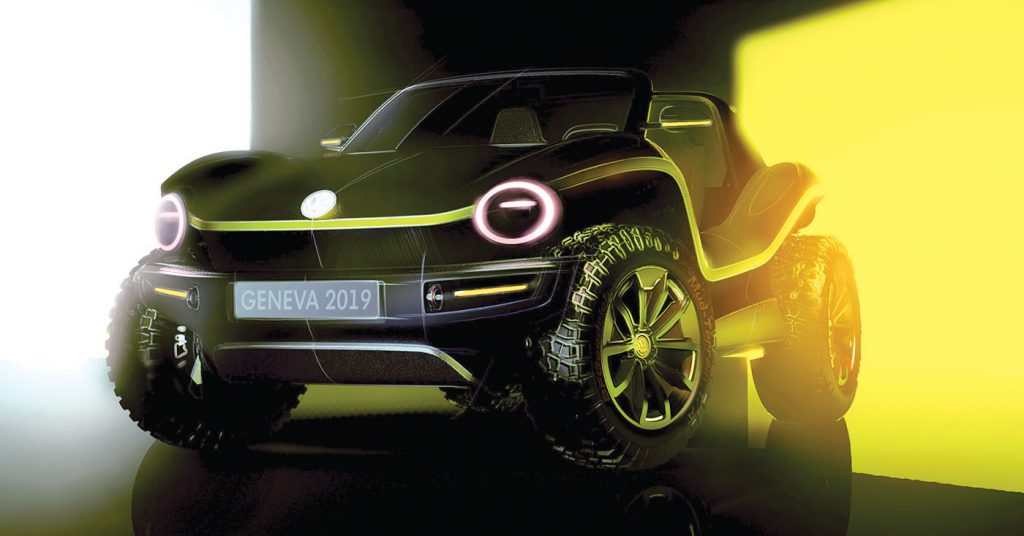