Audi will be the first Germany-based automaker to race in the all-electric Formula E championship, and will be followed in the global series a year later by a BMW-sponsored campaign in conjunction with United States-based Andretti Racing. Audi is taking over ABT Sportsline’s place on the grid; the team has competed in the series since its inception three years ago when electric formula-style racing became a real thing. Audi is developing a new battery-electric powertrain for the car, to be fielded next season. The fourth Formula E season begins Dec. 2 in a Hong Kong, moving to other cities around the world, including New York and Montreal, Canada, in July. 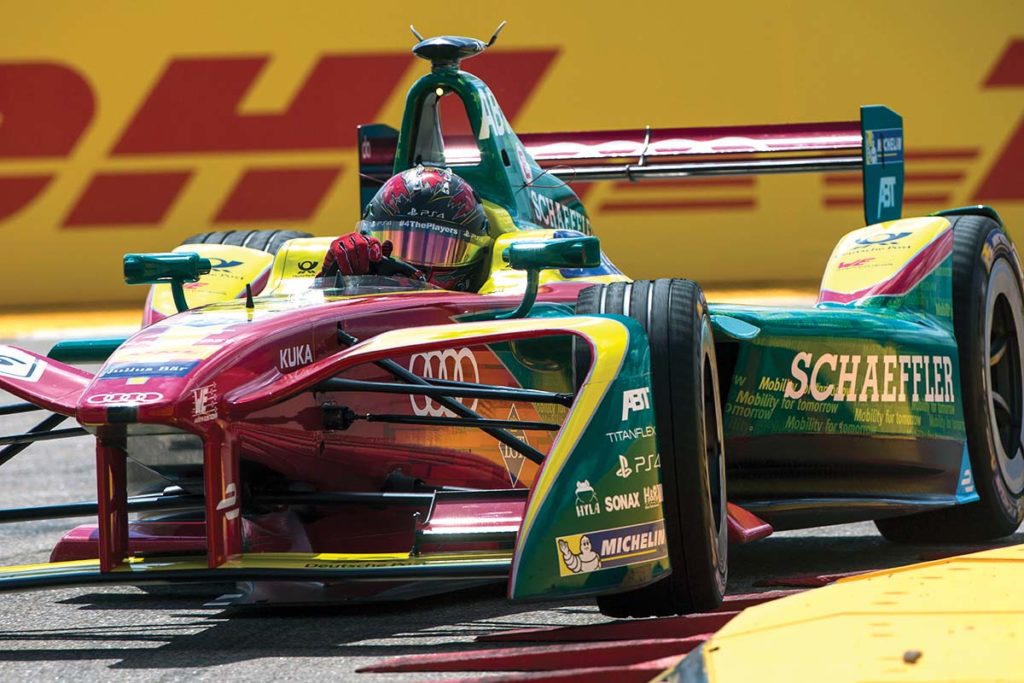 The Formula E racing series appears to be gaining traction as Audi and Mercedes-Benz join the competition.
(PHOTO: AUDI)

Volvo makes electrification ‘the core’ of its future business:

Buick to be the next GM recipient of an all-electric vehicle: