The company’s Traffic Light Information system (TLI), now operative in 10 United States cities, marks the official start of what’s to come, digitally, for automobiles and their connected future. As a precursor to the integrated technologies, this one shows the potential of vehicle-to-infrastructure communications. Select 2017-’18 Audi vehicles can now use the system at 2,250 intersections in cities across the United States. Launched in Las Vegas in 2017, TLI reads real-time data from traffic signals to tell drivers by way of a countdown timer when the lights will change. Future applications of the technology could work with vehicle start/stop systems, provide navigation advice and even automatically moderate speed and stopping ahead of a red light. 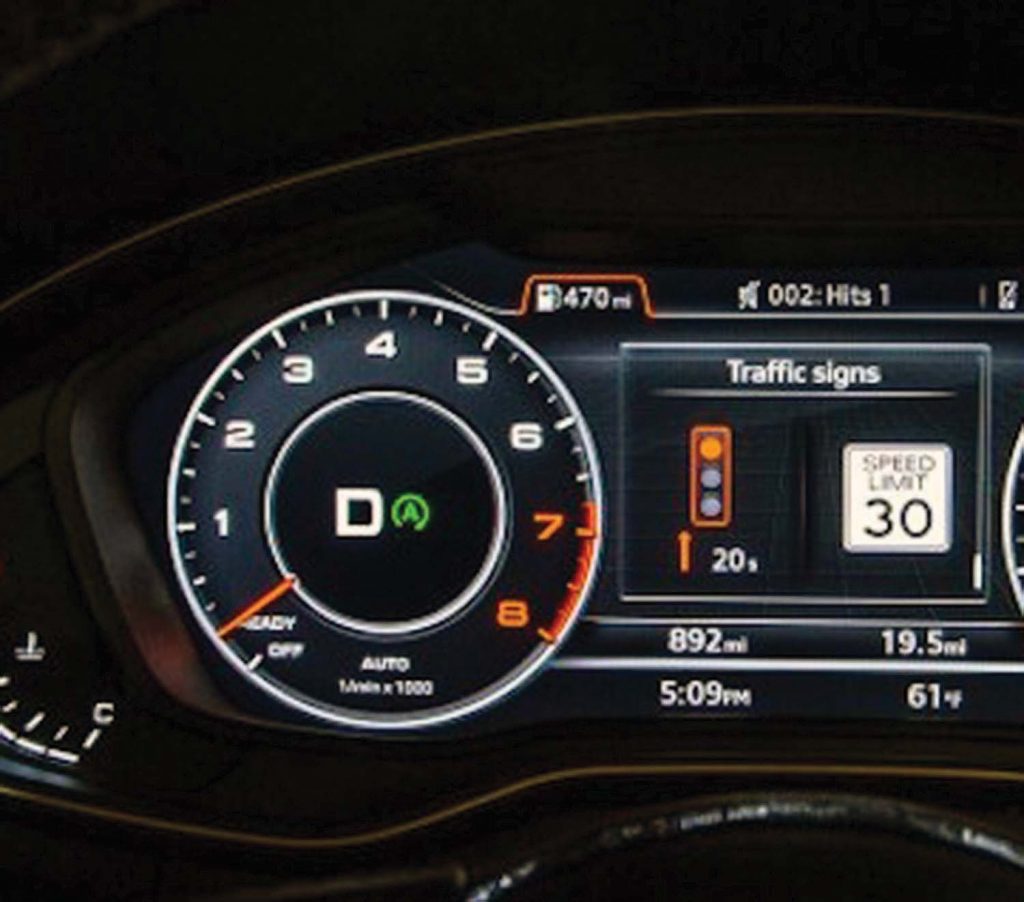 Audi vehicles get a countdown from traffic lights as to when they’ll change. (PHOTO: AUDI)