Toyota unveiled a new hybrid drive system in the expressive Lexus LC Coupe at the Geneva Motor Show in Switzerland in early March. Designated the LC 500h, its performance-oriented drive system has both an electronically controlled continuously variable transmission (E-CVT) plus a conventional multi-gear system. The pairing allows for infinite gear ratios; it can select the most efficient gear ratio for any moment and constantly adjusts itself as conditions change. The internal-combustion component, notes auto news and information webmag Motor Authority is a 3.5-liter V6 gasoline engine. The goal for engineers was to create a rear-wheel-drive hybrid with a more sporting nature. The LC will be in Lexus showrooms next year as a 2018 model. 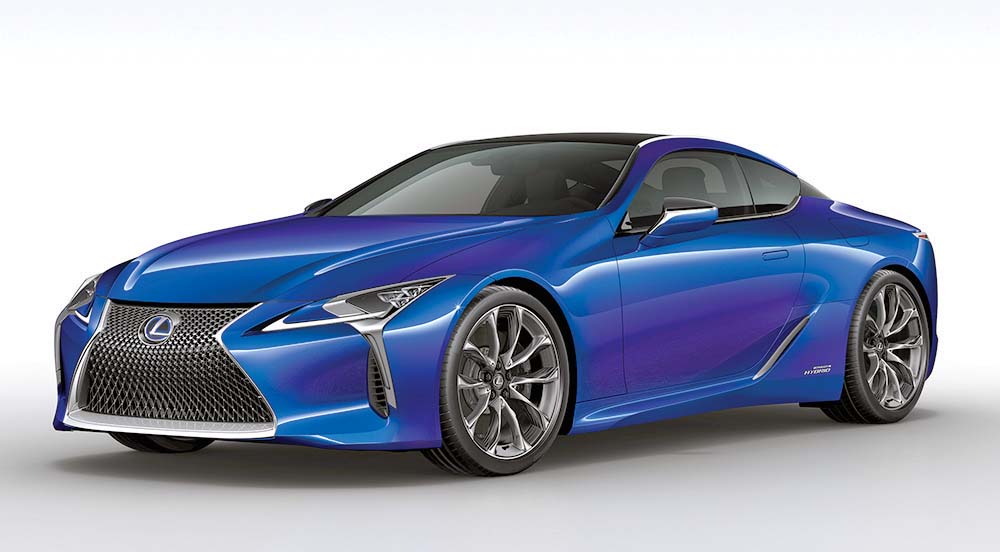 The new Lexus LC Coupe will use a combination of a typical multi-speed automatic transmission and a continuously variable unit.  (PHOTO: TOYOTA)