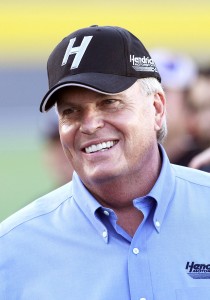 You might know him best as a team owner in NASCAR, but he owns 95 auto dealerships that employ 10,000 people. As such, he has seen a lot of change over the last few years and today he shares that experience.

It’s good to be Rick Hendrick right about now.

He’s the founder of the Hendrick Automotive Group, which is the largest privately held automobile dealership in America and the sixth-largest overall. There are 95 dealerships in 13 states, representing 29 different automotive nameplates. In 2014, the company’s sales topped $7.5 billion, which is an impressive number that will go up this year. The Hendrick Automotive Group employs more than 10,000 people now.

Business is booming, which is a far cry from the hard days of 1976, when a then-26-year-old Hendrick became the youngest Chevrolet dealer in the United States by taking over a failing store in tiny Bennettsville, S.C.

The success of Hendrick’s automotive business fueled his Hendrick Motorsports NASCAR empire, with his team this year going for its record 12th Sprint Cup championship.
And Hendrick is an avid car collector, with more than 200 prized vehicles at his private facility in Concord, N.C. His latest fun car is a Porsche 918 Spyder, an 887-horsepower $845,000 supercar. As if that isn’t enough, he will soon head to the Corvette factory in Bowling Green, Ky., where he will build the engine for his own Corvette C7.R race car.

Wheelbase Media caught up with Hendrick recently at his team headquarters, which is adjacent to his new auto mall, to talk to about the state of the automotive business. Suffice to say, business is good.
“This is going to be a record year for us. We’re going to sell 200,000 cars. We’re going to service 2.5 million. This will be the best year we’ve ever had.”

Hendrick said the last recession proved to be an eye-opener for the automotive business.

“What I learned through ’09 and ’08 was that people would give up their house, but they had to get to work.

“They could live with their mother or a friend or a sister, but they had to get to work. Even in California, where they were repo-ing houses a thousand at a time, the car business has been super strong. We maybe have plateaued a little bit, but we’re probably going to hit 17 million (cars sold nationally) this year. It’s been phenomenal. And that’s across the board – the highlines, imports, domestics. This is my best year with Chevrolet and GM ever.”

According to Hendrick the cycle of falling and rising gas prices is something that has been good for business, too.

“Cheap gas, it’s really funny,” said Hendrick. “People will buy small cars, gas economy cars, and then when gas drops, they come back and trade those in and buy Suburbans. Then if (gas) goes up, they come back and take another hit. And you stop and think about it: you couldn’t spend that much in gas to pay for what they did, but it’s a mindset. I’m glad that it goes up and down. Right now, trucks and SUVs are hot and you have to say a lot of it’s gas (prices), but a lot of it is these new products are getting really good gas mileage.”

But the real money to be made isn’t selling new and used cars, it’s servicing them.

Hendrick said his network of dealerships and service centers will paint 100,000 cars this year, and his 23-year partnership with paint supplier Axalta has resulted in a unprecedented move: Axalta is building a 45,000-square-foot Customer Experience Center on the Hendrick Motorsports campus. When opened next year, the facility will serve Axalta’s repair, transportation and industrial customers and will be a place to train technicians on using Axalta products.

To Hendrick, it’s all part of the importance of service.

“It’s huge. That’s the most profitable part of our business, and it is with most every dealer,” said Hendrick of the service work his dealers perform. “When you look at your parts and service business – of course, you’ve got to have the new cars to have that – that’s about 80 percent of our profit.”

So what’s the difference between a hugely successful dealership and one that’s just so-so?

“It’s like a race team,” said Hendrick. “I don’t care what kind of business you’re in, it’s all about people. It’s working together. And that’s the one thing I’ve learned in the car business: You take your best practices and your best ideas and you spread them among all your guys. And if you’ve got one guy who’s weak, you get the good guys to help him.” 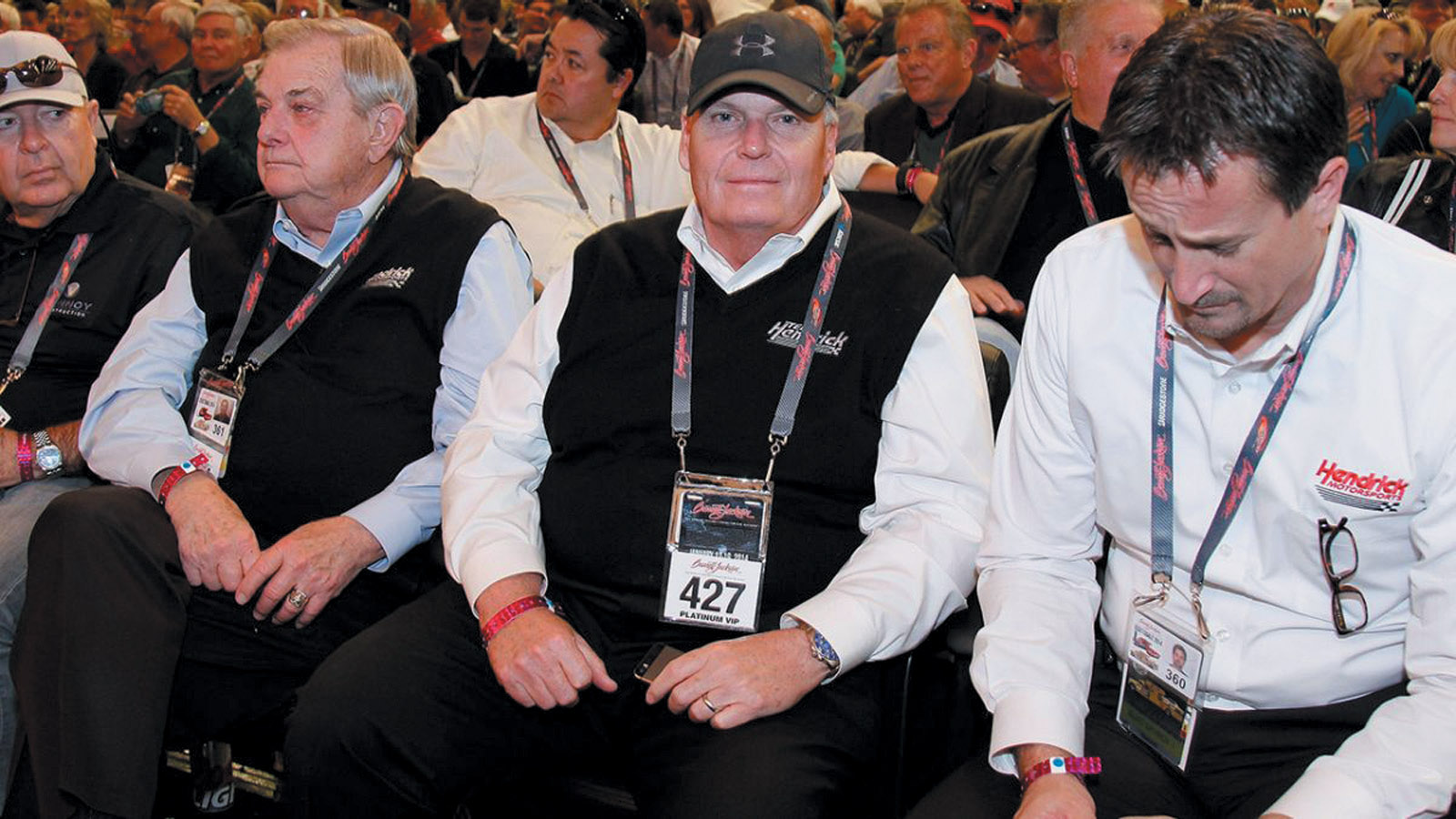 (Photo by Tom Jensen, www.wheelbasemedia.com) Rick Hendrick can often be seen at high-profile auctions where he has a habit of snapping up the very first of a new car line, such as the first seventh-generation Corvette Z06.

WHEN YOU’RE READY TO TRADE YOUR CR-V, YOU CAN ALWAYS GET ONE OF THESE: The upcoming Bentley Bentayga will carry an MSRP of $229,100 when it goes on sale in the United States in early 2016. That will make it the most expensive tall wagon in America. Rolls-Royce is also working on a similar product.

Super wash: By machine and by hand, we experiment with a German supercar