The company’s Model S has it all over other plug-in electric cars with its relative freedom from “range anxiety,” at least when equipped with the top-of-the-line 85-kilowatt-hour battery pack in the higher-end versions, writes alternate vehicle Web site Green Car Reports. Rated by the U.S. Environmental Protection Agency at range of 265 miles, it’s significantly more than the 62-90-mile range from less-expensive plug-in electrics. Adding to drivers’ peace of mind when going the distance is Tesla’s growing proprietary network of fast-charging “Supercharger” stations, now at 396 outlets with more than 1,250 individual chargers, all free to use by Tesla buyers for as long as they own their vehicle. In Canada, it has installed 12 charging stations, with many more promised for both countries. 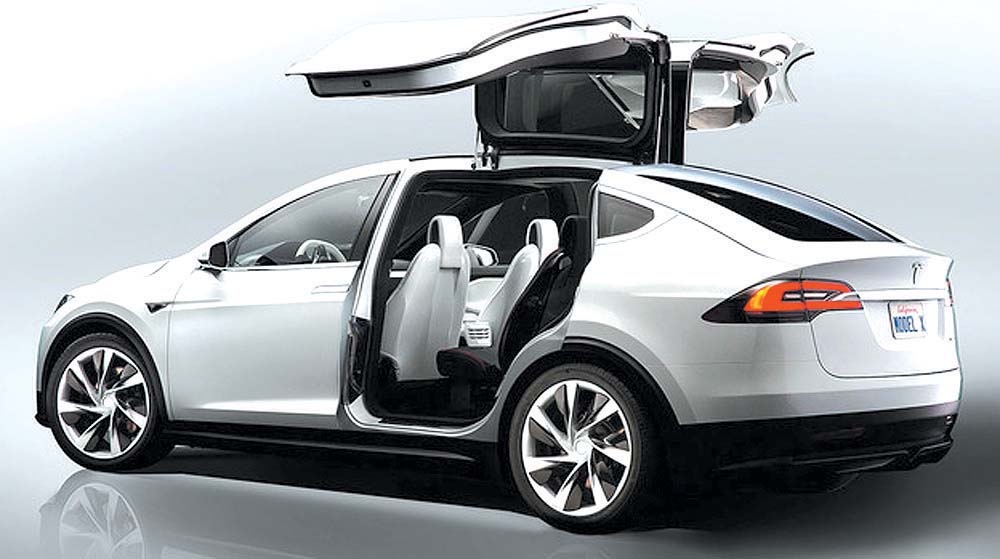 With “fast chargers” being added all the time for Tesla owners (Model X pictured), the idea of “range anxiety” with an electric vehicle will eventually be a thing of the past. For now, though . . .