On the heels of announcing it won U.S. certification in May, Electra Meccanica Vehicles Corp. of Vancouver, Canada, delivered its first Solo single-passenger electric commuter vehicle to an unidentified customer in Los Angeles, Calif. Legally regarded as a motorcycle, the fully enclosed three-wheeled Solo has a 100-mile range between charges and sells for about US $15,500, reports Automotive News Canada. Until now, Electra Meccanica’s Solo sales were restricted to the province of British Columbia — home to Vancouver — as it awaited wider Canadian and U.S. certification for road use. “To be federally certified in the United States now opens the Solo to the biggest electric-vehicle market in North America,” said company CEO Jerry Kroll. Electra Meccanica is also developing the Tofino two-seat electric sports car and a faster, higher-range Solo. 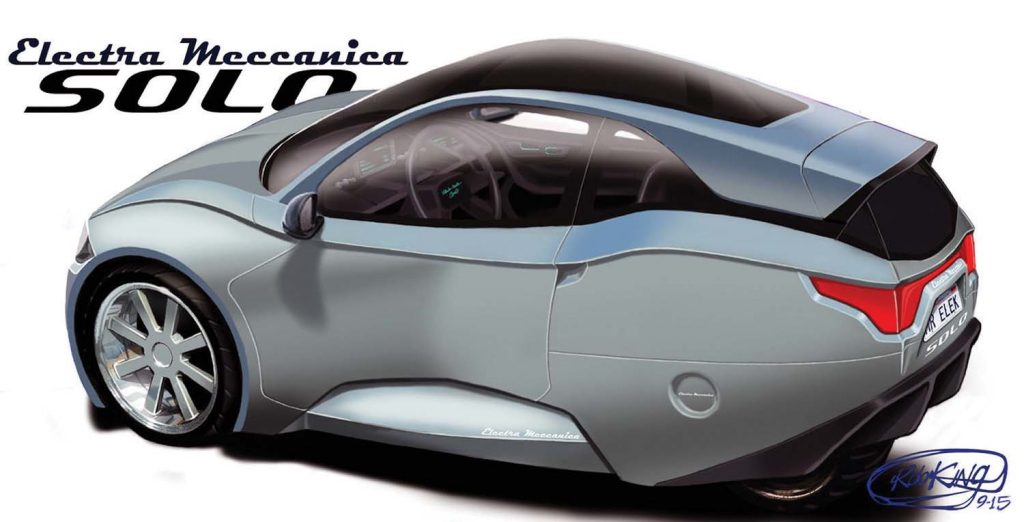 The three-wheeled electric Solo car is legally regarded as a motorcycle and sells for about $15,500.
(PHOTO: ELECTRA MECCANICA)