Single device makes both fuel and electricity, according to a UCLA study:

University of California, Los Angeles (UCLA), researchers say they have combined a supercapacitor and hydrogen fuel cell into a single hybrid unit that’s run by solar power. In addition to having a battery’s usual positive and negative terminals, a third electrode can be tapped to either store electric energy “or use it to split water into its constituent hydrogen and oxygen atoms” (called water electrolysis), reports emerging-technologies webmagazine New Atlas. The system allows, for the first time ever, the ability to make both fuel and electricity with a single device, said Richard Kaner, senior author. It uses nickel, iron and cobalt, among others (materials that are all cheaper and more plentiful than precious metals such as platinum) to produce hydrogen. 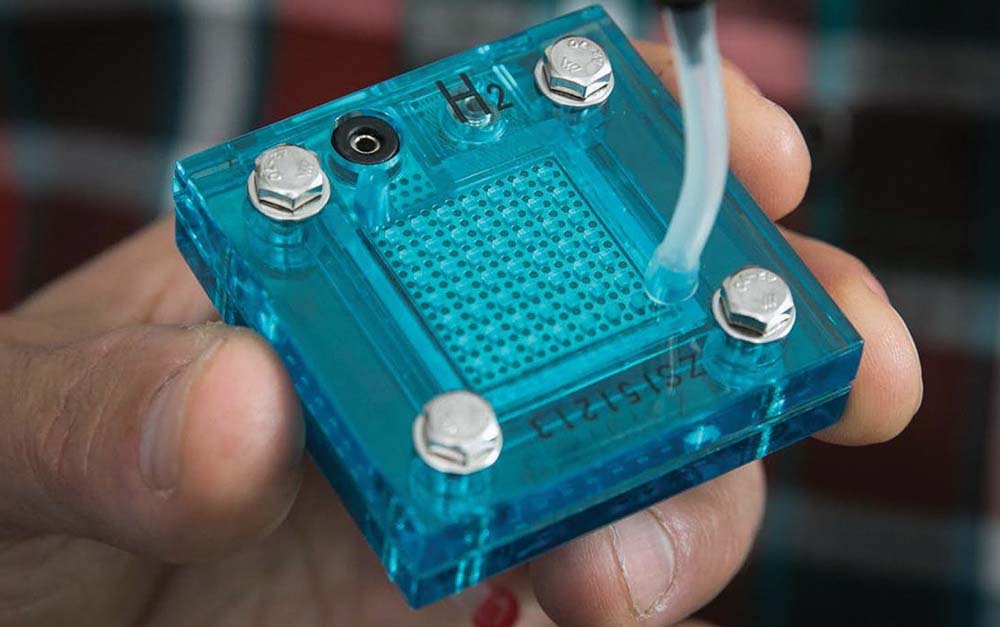 This device can create both electricity and hydrogen fuel, and it does so without using precious metals. (PHOTO: UCLA)

Single device makes both fuel and electricity, according to a UCLA study: