One of the wildest cars to showcase at the recent Geneva Motor Show was the Nanoflowcell Quant e-Sportlimousine, a research prototype that’s powered by salt water, more or less. Its power – all 912 horses-worth – comes from a “flow” battery that uses ionic charge-carrying salt water as its storage medium. Its Nanoflowcell power storage system is a “very specific formulation” of flow battery that boasts a claimed five to six times the storage capacity of lithium-ion batteries. The Quant design uses supercapacitors for their ability to release energy quickly, feeding power to four electric motors, one at each wheel. Unlike with lithium-ion batteries, the company says, the flow battery’s storage capacity does not degrade over time from “memory effect. 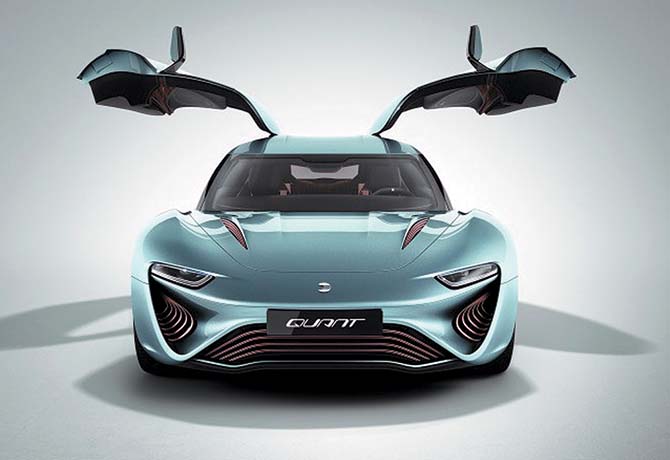 This cool concept uses a salt-water battery that is claimed to have five to six times the storage capacity of a lithium-ion battery pack.