The 2017 Chrysler Pacifica Hybrid minivan went into full retail production April 7 at the FCA assembly plant in Windsor, Canada, across the Detroit River from the Motor City. Shipments of the plug-in minivan to dealerships began April 17, said alternative-vehicle website Green Car Reports. Its large battery pack gives the minivan 33 miles of government-rated electric range; once the battery is depleted, the Pacifica Hybrid is rated at 32 mpg in combined city and highway driving. Production began slightly later than when FCA said it would, noting that ‘in the case of this technically advanced vehicle, we are taking great care to ensure that the Pacifica Hybrid comes off the line with the highest quality possible.’ 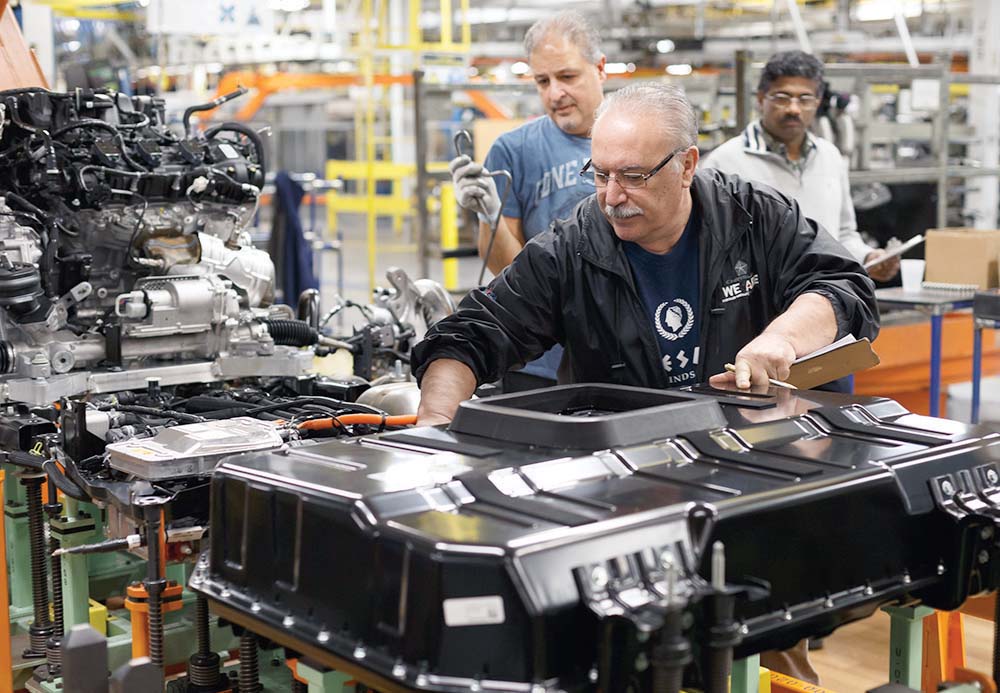 The Pacific Hybrid minivan is behind schedule because Chrysler is taking ‘great care’ with the new technology being used in the system. (PHOTO: FCA)