Ford’s next-generation Fiesta ST subcompact will lose a piston, but it will have all the power of its outgoing four-cylinder counterpart, and should be quicker in a straight-line sprint. The turbocharged 1.5-liter three-cylinder engine makes the same horsepower (197) as the outgoing turbocharged four-cylinder. But with less vehicle weight and advanced technologies, Ford says the new ST will reach 100 km/h (62 mph) in 6.7 seconds, which is about a half second sooner than the outgoing model. It will also be the first production three-cylinder engine with cylinder deactivation, shutting down one cylinder under light load conditions to aid fuel economy. It will have both port and direct fuel injection and variable cam timing. 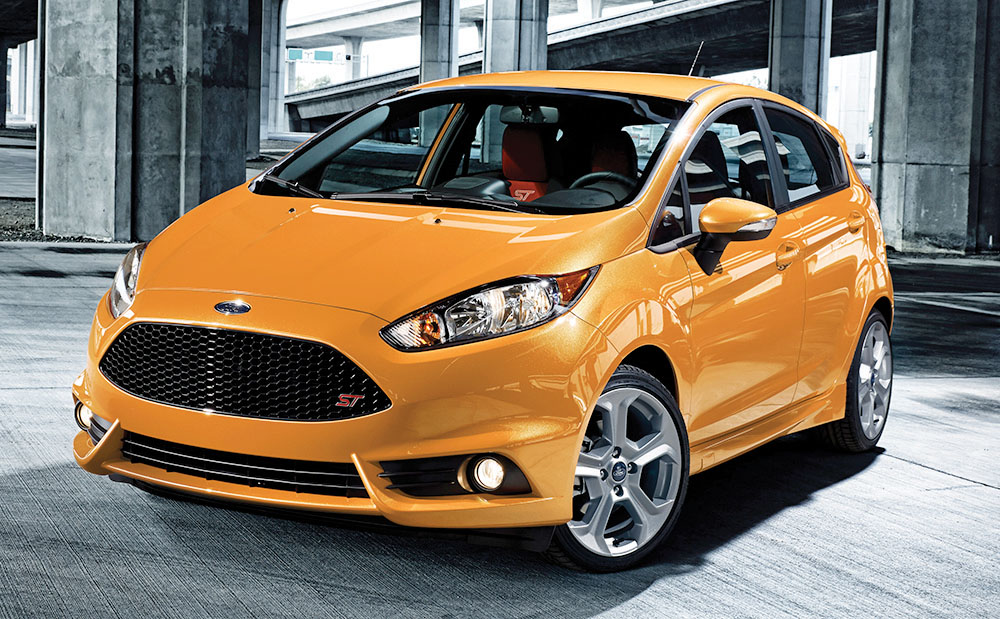 The new three-cylinder Fiesta ST is claimed to be quicker than the four-cylinder model that it replaces. (PHOTO: FORD)