Having eliminated the phenomenon of range anxiety over plug-in electric cars with its original Chevrolet Volt sedan, General Motors has greatly increased the second-generation Volt’s electric-only range, upping it to 53 miles from the original model’s 35. Chevrolet estimates the new car’s electric-only range will be enough to cover 90 percent of most buyers’ daily driving needs, reports auto news Web mag, Motor Authority. “That means even less fuel (consumed) for the already tee totaling Volt.” Once the car’s electric range is depleted, the small on-board gasoline engine kicks in to work in tandem with the electric drive system, adding another 420 miles (approximately) of range. “Chevy believes that most Volt owners will easily run 1,000 miles at a time between fill-ups.” 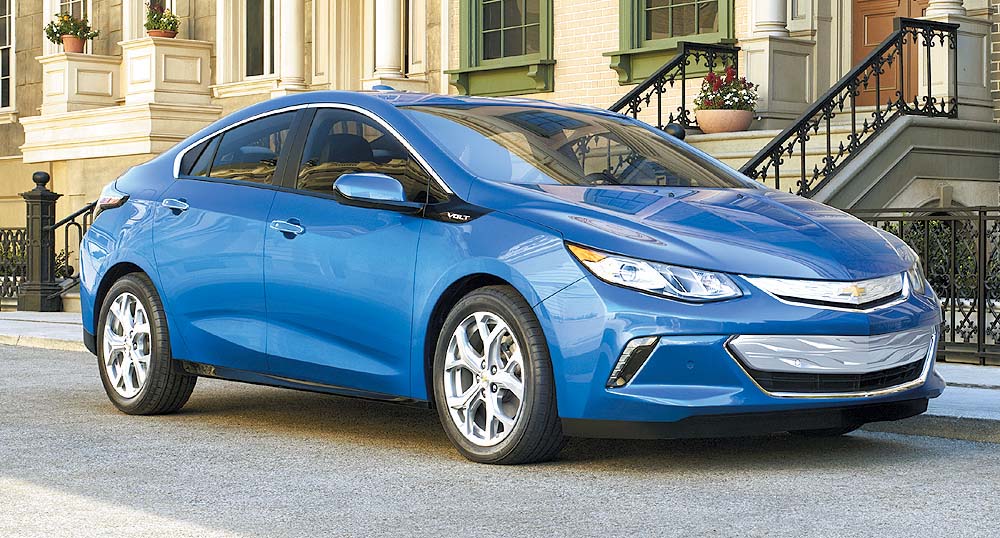 The new Volt ups the battery-only range to a claimed 53 miles from 35 before the gasoline generator engine fires up to supply the electricity.