General Motors is finding new ways to “repurpose” used batteries from its first-generation Chevrolet Volt extended-range electric car, one of which includes using five of them to help keep the lights on at GM’s Enterprise Data Center in Michigan. “Even after the battery has reached the end of its useful (mobile) life . . . up to 80 percent of its storage capacity remains,” an official said. “This secondary use application extends its life, while delivering waste reduction and economic benefits on an industrial scale.” The batteries can also provide back-up power to the building for four hours in the event of an outage and stores that energy when it’s not needed. 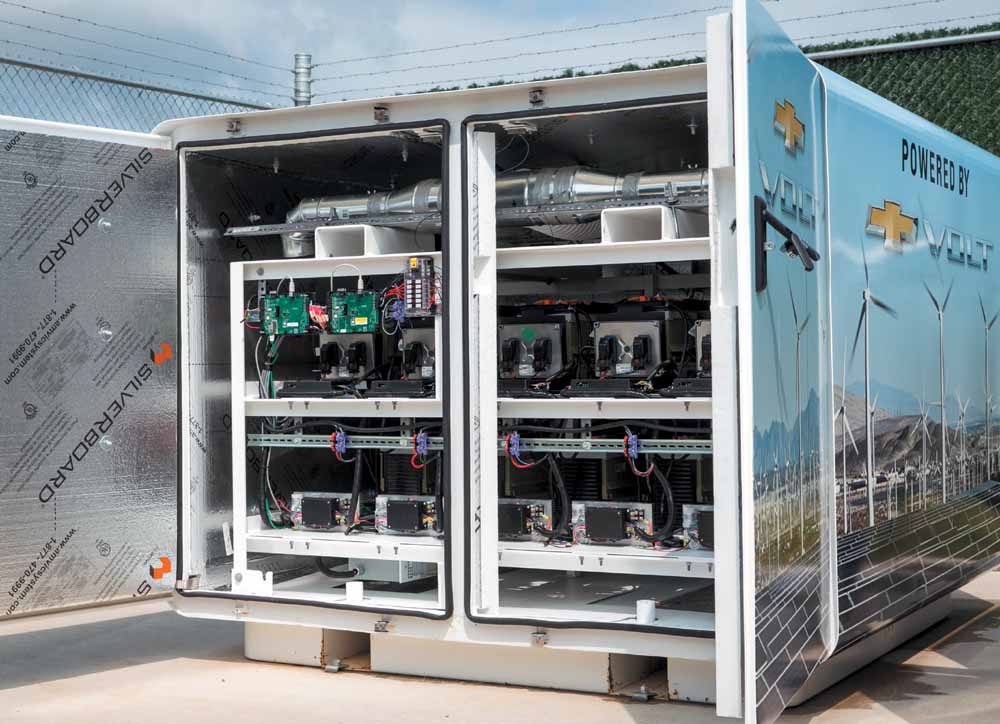 Even a worn-out Volt battery pack still has 80 percent capicity, which means it can be used for other power needs, like keeping a building running in the event of an outage.