The Germany-based company is offering test rides in an A7 Piloted Driving Concept sedan to demonstrate its autonomous technologies on a 28-mile stretch of the country’s autobahn highway system. The drive begins and ends at Munich airport and includes an Audi expert on board as the vehicle negotiates the route itself at speeds up to 130 km/h (81 mph). “It accelerates, brakes and changes lanes predictably and smoothly while cooperating with other road users,” a press release stated. The automaker’s new A8 flagship sedan was developed for highly automated driving; its Audi AI Traffic Jam Pilot allows the driver to hand over the driving task to the car on freeways in slow-moving traffic up to 60 km/h (37 mph). 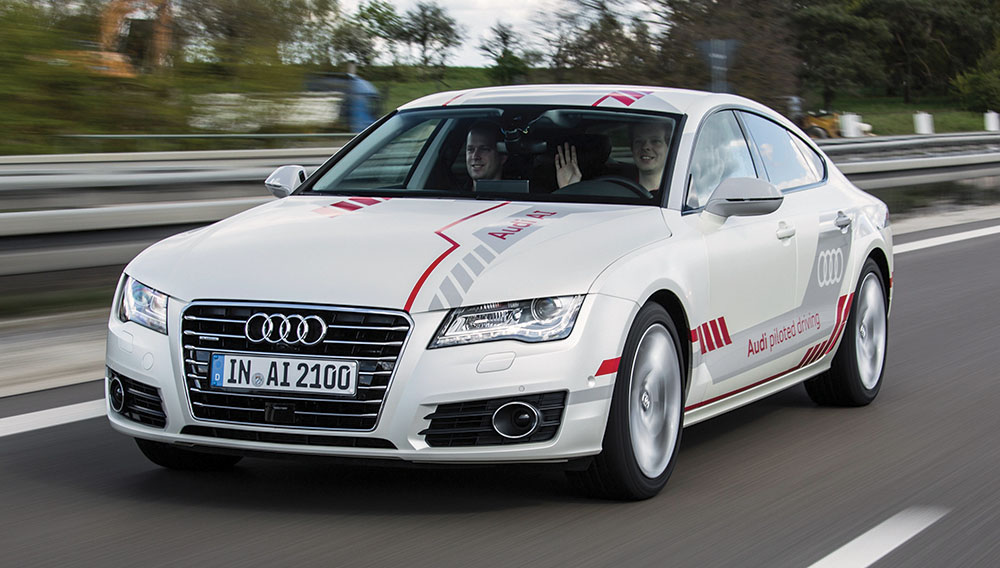 Where’s the line between ‘Assisted’ driving and ‘autonomous’?