The world’s first purpose-built pure electric double-decker bus will enter passenger service in London, England, in October. London mayor Boris Johnsons says it will be the first of many to come. And other cities are getting on the clean-bus bandwagon, too. At an international “clean bus summit” hosted by himself, Johnson announced that 24 world cities have committed to rolling out more than 40,000 ultra-low emission buses by 2020. London bought its first hybrid bus in 2009, and today has more than 1,300 in service. “The iconic red double-decker bus is about to become greener than ever,” said the mayor. Automaker BYD of China helped resolve the issue of fitting in enough batteries to adequately power a double-decker bus. 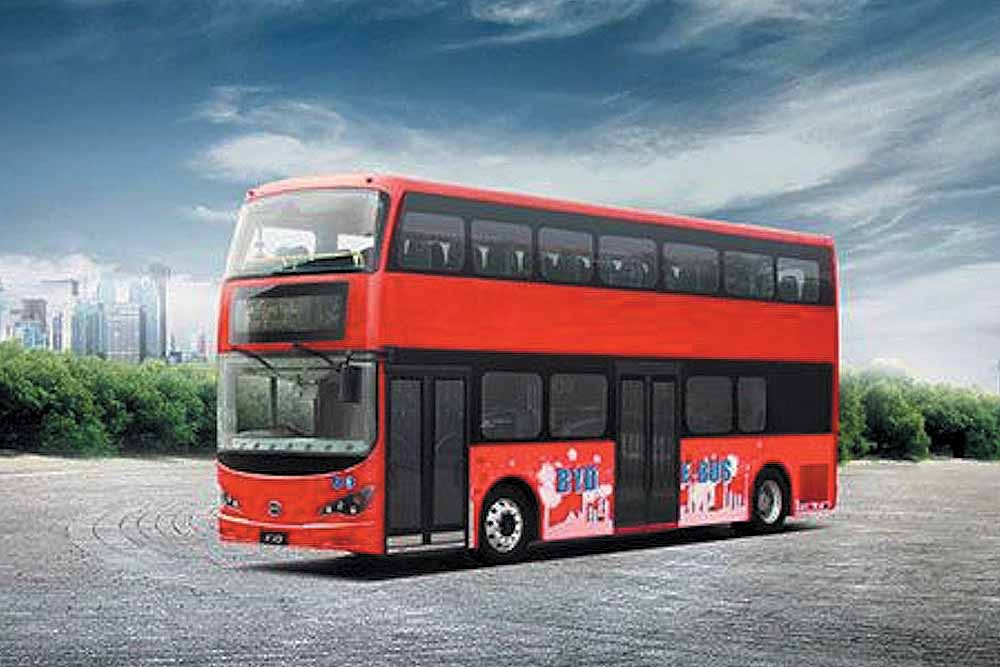 Buses use a lot of fuel in stop-and-go downtown traffic and pollute the air in already-congested areas. Why not have electric double-decker buses?