Anheuser-Busch, maker of Budweiser beer, is getting in on the electric-vehicle bandwagon, announcing May 2 it will buy up to 800 hydrogen-electric-powered tractor trucks made by the Nikola Motor Company. The order would replace nearly all the company’s U.S. fleet. The deal, however, has a caveat that makes it contingent on Nickola’s promise to install more than 700 hydrogen fueling stations across the country by 2028. Those stations will be open to the public, as well as to fuel other fleet-service vehicles. Buckeye, Ariz., has been selected to build the electric semi and production is slated to begin in 2020. Nikola says that to date it has received $9 billion in pre-production orders for the truck. 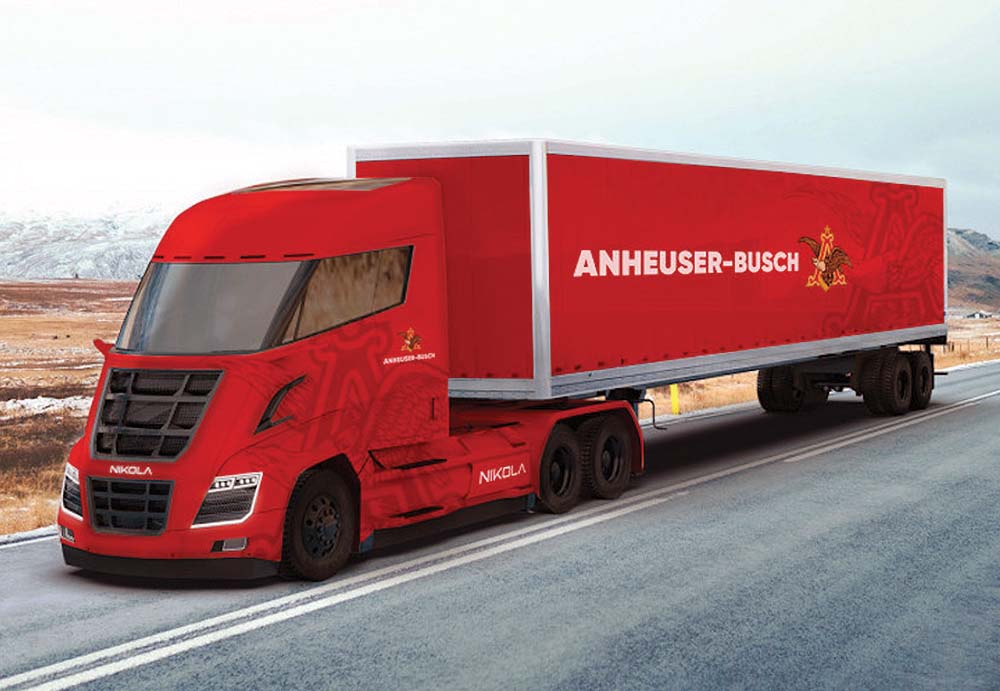 Anheuser-Busch announced it will buy up to 800 hydrogen-powered trucks, if hydrogen filling stations are supplied by the builder. (PHOTO: ANHEUSER-BUSCH)