Honda’s entry into the embryonic hydrogen-fuel-cell market, the 2017 Honda Clarity Fuel Cell, will be available in certain parts of California later this year, priced “around $60,000,” with a monthly lease rate of “under $500.” That’s close to the $57,500 base price and $499 lease rate for the 2016 Toyota Mirai, which is already on sale at eight California Toyota dealers, notes alternative-vehicle Web site, Green Car Reports. The Hyundai Tucson Fuel Cell is also available for lease in California for $499 a month as select Hyundai dealers. All three automakers are limiting their initial fuel-cell vehicle sales to California because it is the only state with any significant hydrogen-fueling infrastructure. 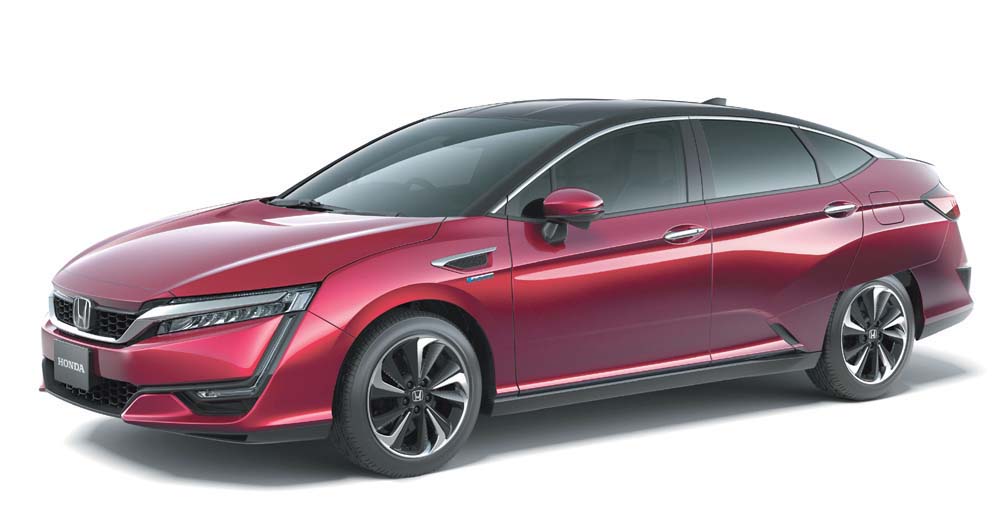 The cost/lease rate for the Honda Clarity fuel-cell vehicle, pictured, which is hydrogen powered, will be close to that of the competing Toyota Mirai.