The legendary Harrods luxury department store in London, England, is returning to its century-old electric-vehicle delivery roots, adding the all-electric Nissan e-NV200 to its service fleet. Dressed in traditional Harrods colors, the van will make daily deliveries to store customers. In 1919, Harrods used American Walker electric vans, later building its own fleet of 60 electric vehicles to deliver goods. As gasoline engines became more popular, the electric vans were slowly phased out. With a range up to 106 miles per charge, the e-NV200 makes up to 50 deliveries per week, covering an average distance of 150 miles in the London area, needing to be charged only once a week. 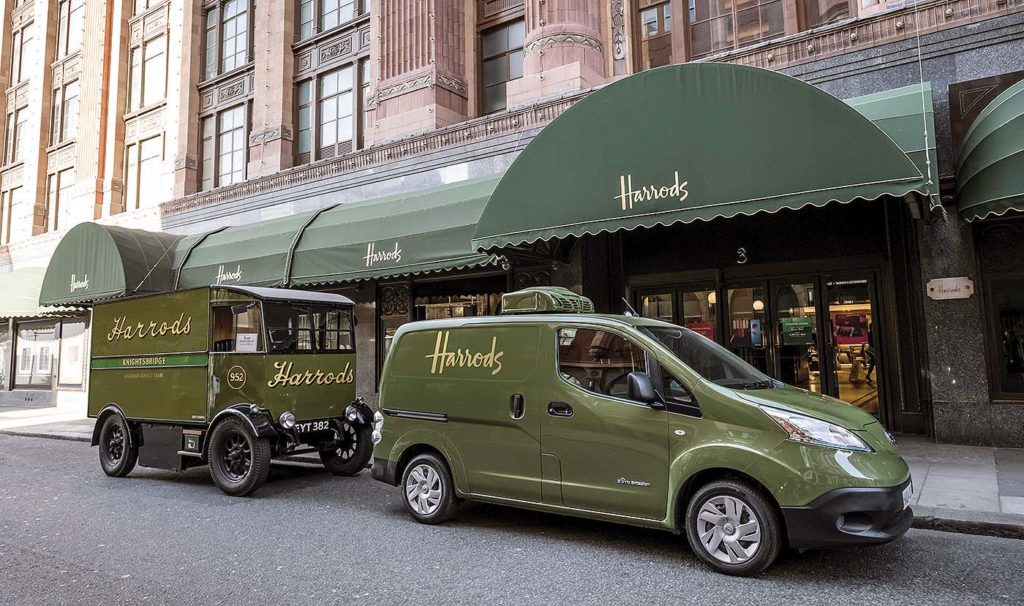 Harrods department store used to used to have electric delivery vehicles, and now it does again.(PHOTO: HARROD’S)