The automaker will offer a few hundred 2016 Chevrolet Silverado and GMC Sierra pickup trucks with its latest eAssist hybrid drive system, seeking feedback with a view to making it a permanent option. The numbers are small, notes alternate-vehicle Web site Green Car Reports: just 500 Silverados and 200 Sierras this year against sales of 530,000 and 212,000 respectively. The ‘mild’ hybrid system is adapted to the 5.3-liter V8 that’s core to the pickup line, rather than the four-cylinder engines it was previously used with in vehicles such as the Chevrolet Malibu. The addition of eAssist will cost buyers just $500 and deliver a projected two-miles-per gallon increase in EPA fuel economy ratings, to 20 mpg combined city/highway from 18. A ‘mild’ hybrid uses an electric motor that only assists the gasoline engine in certain situations. It cannot propel the truck by itself. 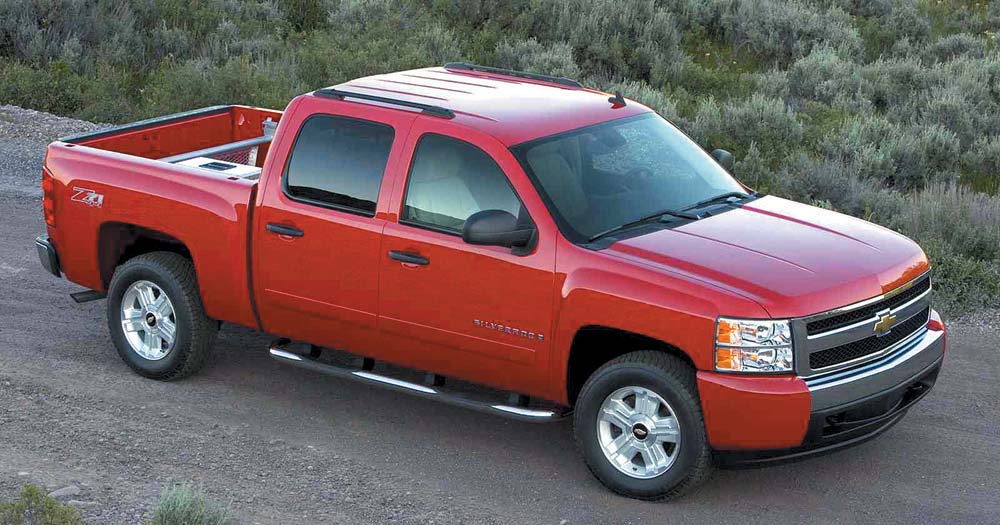 The eAssist ‘mild’ hybrid system will be tested on the Silverado pickup. Because the system cannot propel the vehicle on electricity alone, the fuel-economy benefits are also mild. (PHOTO: GENERAL MOTORS