Already sold in other markets, the sedan version of the Mitsubishi Mirage subcompact is coming to North America this spring. The Japan automaker showed the four-door Mirage G4 at the recent Canadian International AutoShow in Toronto sporting a suspension tuned specifically for North American ride preferences, It also has bigger brakes than the Mirages sold in other countries. Other than the trunk and mildly different styling, the G4 is largely the same as the updated 2017 Mirage hatchback. The sedan also shares the hatchback’s 1.2-liter three-cylinder engine that drives the front wheels through either a five-speed manual transmission or continuously variable ‘automatic’. Horsepower is up four to 78 while the torque is unchanged at 74 pound-feet. 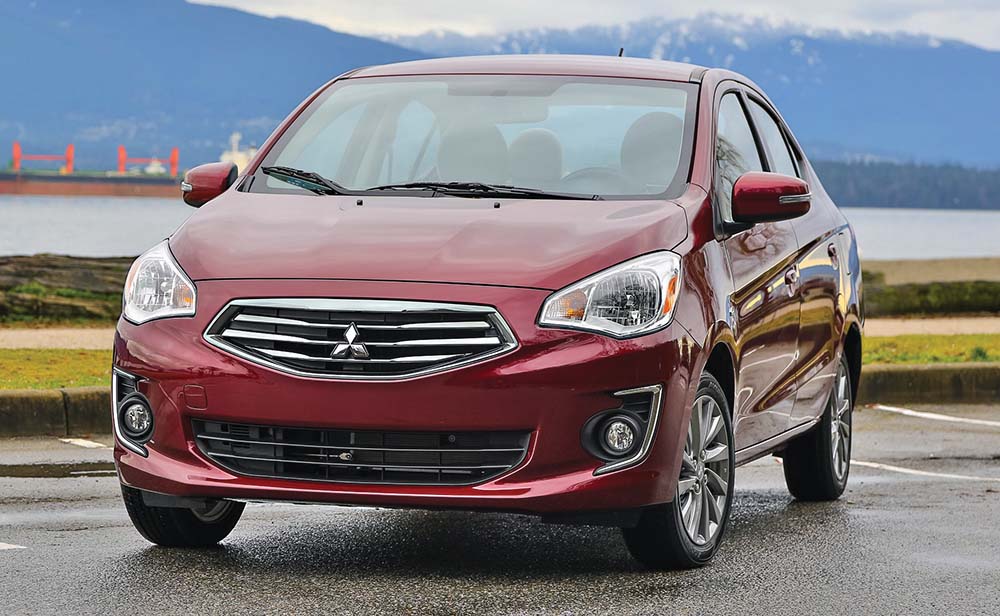 Mitsubishi expands the Mirage lineup to include a four-door sedan. The engine continues to be a 1.2-liter three-cylinder engine. (PHOTO: MITSUBISHI)