Jaguar drove its first electric vehicle on the streets of London in mid-March. The drive of the Jaguar I-PACE concept previewed the production model to be revealed in late 2017, and on the roads in the second half of 2018. Jaguar Director of Design Ian Callum said “we’ve torn up the rule book” to make a vehicle with super-car inspired aesthetics, sports-car performance and SUV space in one electric package. Compact, lightweight electric motors at the front and rear axles drive all four wheels. The I-PACE will be ‘a long-distance sprinter,’ he said, that will accelerate to 60 mph in four seconds and have a range exceeding 300 miles. 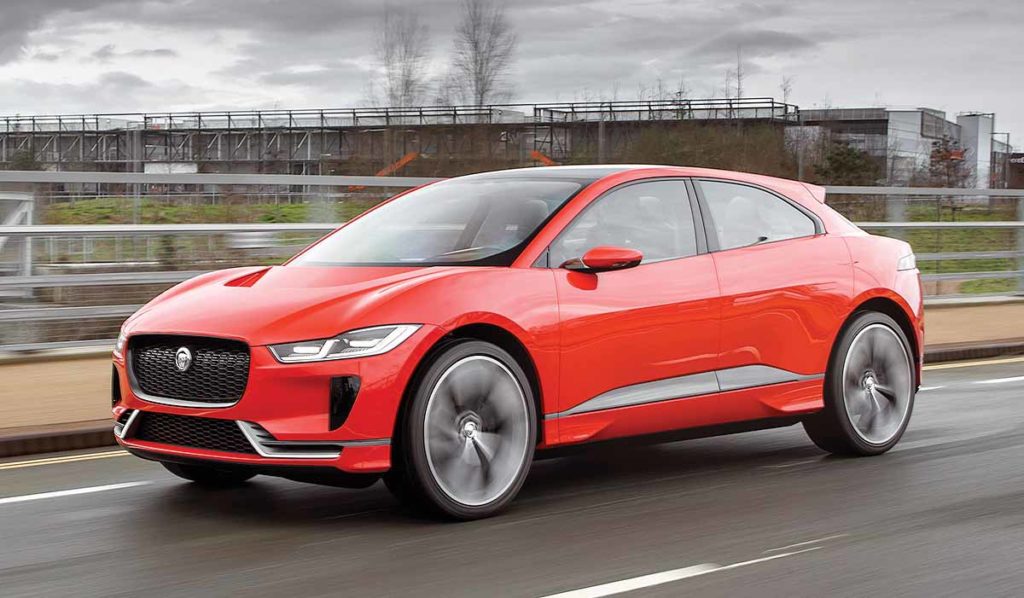 To make the I-PACE electric vehicle, Jaguar says it has ‘torn up the rule book’. (PHOTO: JAGUAR)