A car sponsored by Spanish infrastructure and renewable energy multinational, Acciona, has become the first all-electric entry to complete the grueling Dakar Rally, now in its 39th year. Staged this year in South America, the Acciona entry is the only one of the more than 18,000 vehicles that have completed the rally over the years to do so without consuming a drop of fuel or emitting a single molecule of carbon dioxide. The goal going in, the company said in a statement, was to prove that renewable energy vehicles can compete in every arena (even the world’s most arduous motor event) and to provide visibility to the fight against climate change in line with the recent Paris Agreement. 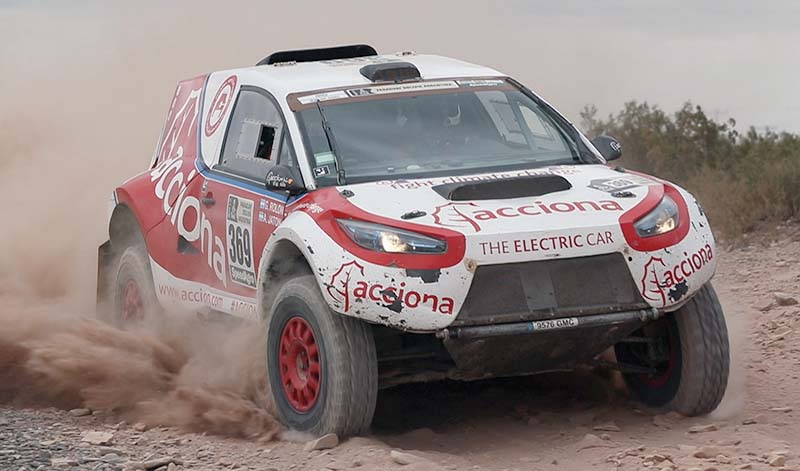 The Acciona electric vehicle will compete in the grueling Dakar Rally, now in its 39th year.