A victim of sluggish sales, low gasoline prices and a consumer rush to tall wagons and small SUVs, the compact Dodge Dart ceases production in September to make added capacity for Jeep Cherokee production. Fiat Chrysler Automobiles CEO Sergio Marchionne announced in April (but didn’t say when) the Dart and midsize Chrysler 200 would be taken out of production at their Belvidere, Ill., assembly plant to boost production of more trucks and tall wagons. The Dart never lived up to FCA’s sales hopes, says alternate-vehicle web magazine Green Car Reports. It served another purpose, however: meeting a stipulation of the Chrysler restructuring package of 2009 ‘that it produce at least one vehicle with an EPA rating of 40 mpg, highway.’ 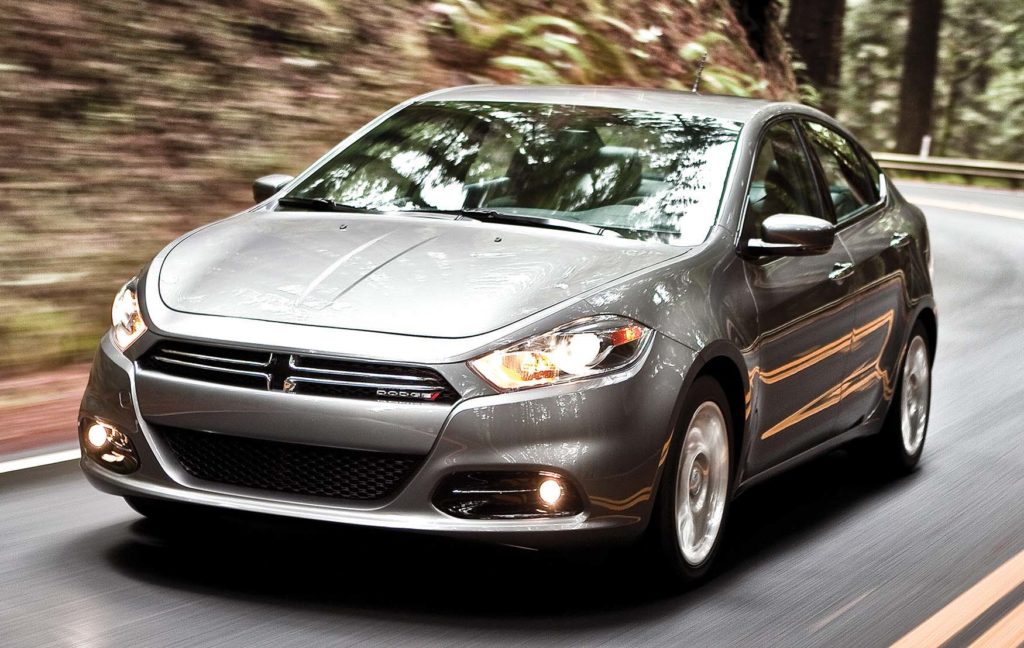 With low fuel prices and buyers flocking to larger trucks and wagons, smaller cars such as the Dodge Dart are falling out of favor. (PHOTO: FCA)