The first production model of wannabe electric sports car maker, Detroit Electric, rolled off the production line in Leamington Spa, United Kingdom, Oct. 29. The hand-built SP:01 is billed as the lightest and fastest two-seat pure-electric sports car in the world, with a zero-to-60-mph time of 3.7 seconds and a top speed of 155 mph. Seeing the first car come off the line means the firm can now focus on fulfilling “a growing bank of orders,” said CEO Albert Lam. Uniquely, the SP:01’s battery has been integrated into the chassis as a stressed member, adding rigidity to improve handling, and is claimed to be the world’s most energy-dense automotive battery pack. 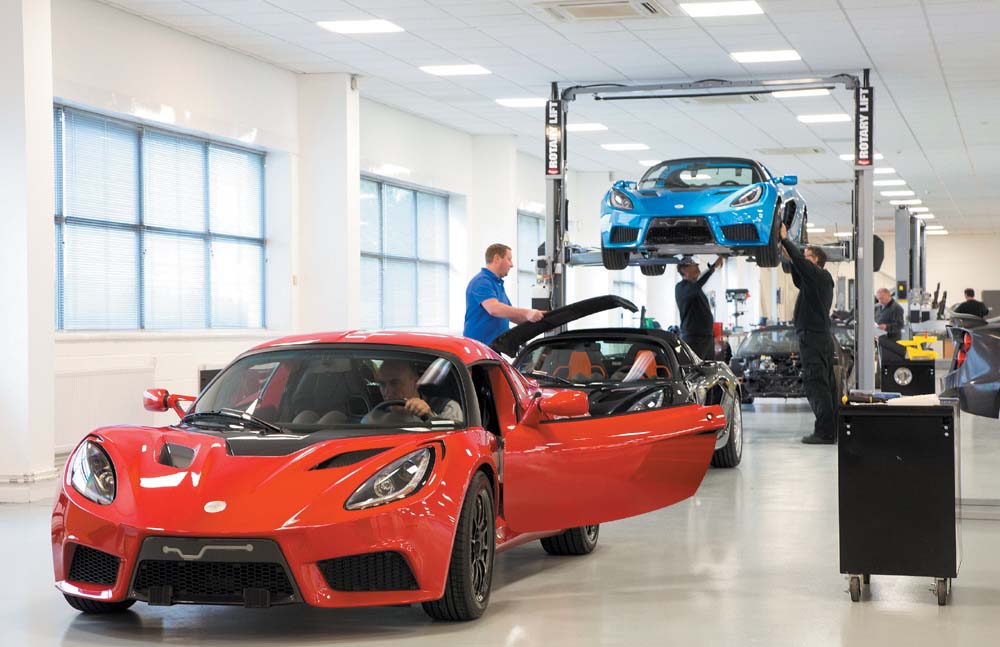 The SP:01 is claimed to have the most energy-dense battery pack in the world.