General Motors has pursued an aggressive schedule for launching the 2017 Chevrolet Bolt compact battery-electric car and will begin production in October, according to alternate-vehicle Web magazine, Green Car Reports. That start date would put the launch of the Bolt EV, with a claimed maximum range of 238 miles, far ahead of the Tesla Model 3 and the second-generation Nissan Leaf. GM’s first-year production target for the Bolt is around 25,000 cars. It has been widely rumored that GM might reserve some of the first production cars for the ride-hailing service Lyft, a company in which the automaker has invested. Those cars would be leased or rented to Lyft drivers, while regular buyers will pay a base price of $37,500 for the revolutionary compact sedan. 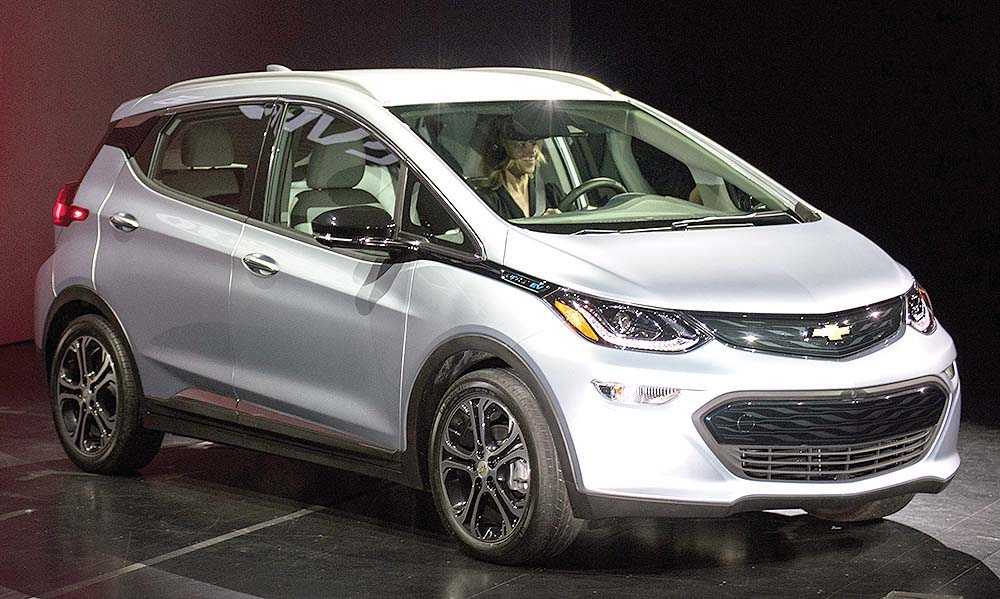 The 2017 Chevrolet Bolt EV makes its world debut at the Consumer Electronics Show Wednesday, January 6, 2016 in Las Vegas, Nevada. The Bolt EV offers more than 200 miles of range on a full charge at a price below $30,000 after Federal tax credits. The Bolt EV also offers connectivity and infotainment technologies seamlessly integrating smartphones and other electronic devices. The Bolt EV will go into production by the end of 2016. (Photo by Steve Fecht for Chevrolet)

The Chevrolet Bolt more than doubles the electric range of the Nissan Leaf. Production begins this fall. (PHOTO: CHEVROLET)